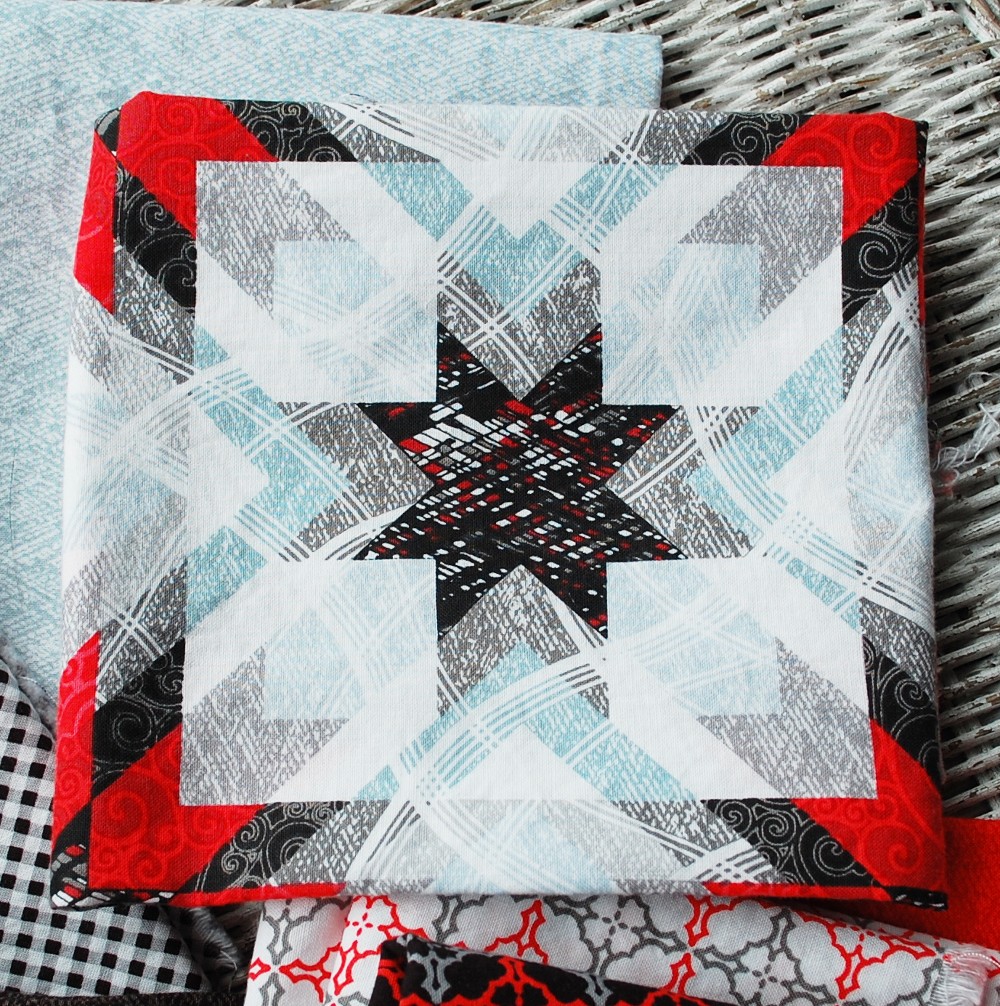 Good morning from the Rainy Pacific Northwest US!  A few weeks ago or so, Crystal at Windham Fabrics sent out some fat quarters of Starlight by Katia Hoffman to play around with. 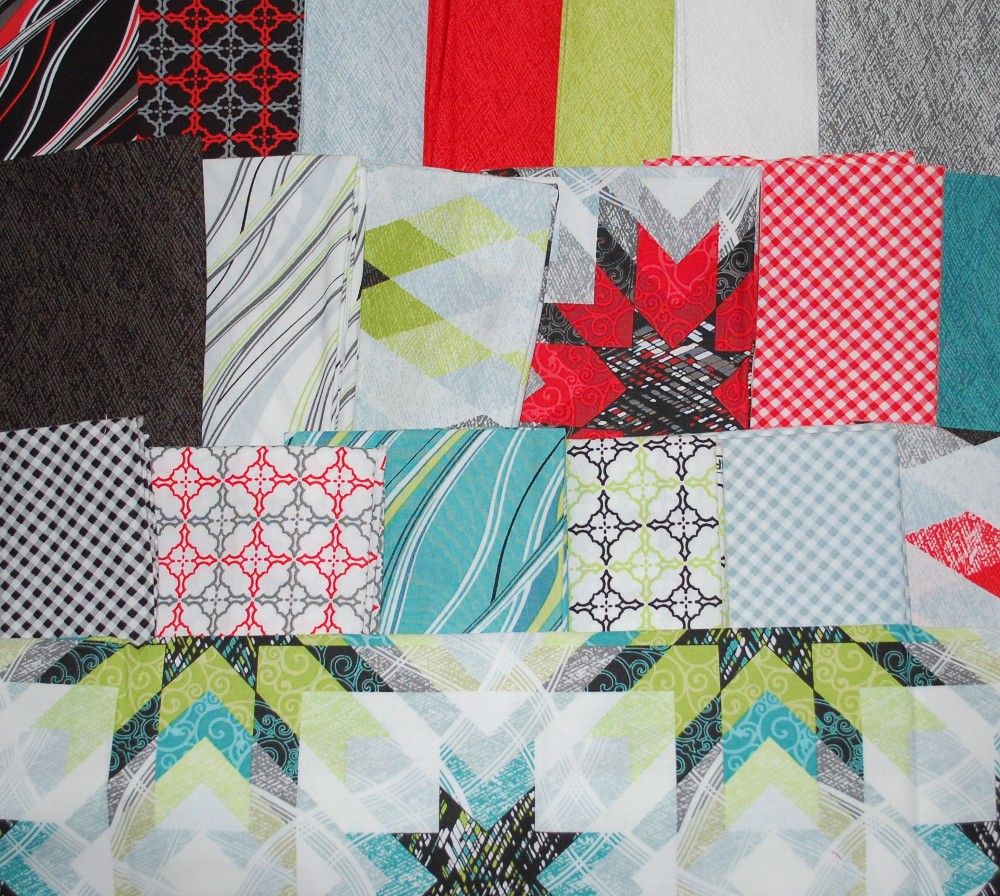 What a fun line! Some Tremendous Tonals and basics that will go with anything! And that featured Quilt block print! It would make a great back as well as fussy cut centers of other blocks, wouldn’t it?

I stared with red and black colorway to make some small Valentine Baskets for my both of my sons for the holiday. The basket tutorial can be found here by Ayumi at the Pink Penguin. I showed the same baskets in another line that I made for my wife and daughter a few posts back. This is definitely a new favorite 3D thing to sew up! Expect to see many variations  of this in the years to follow! My family will probably get tired of them! 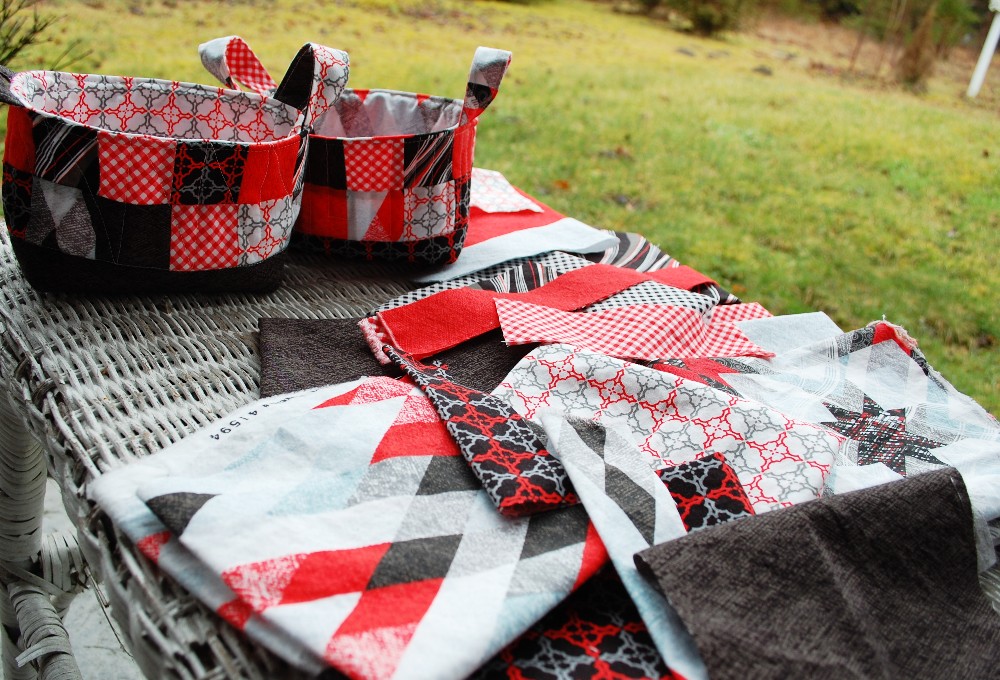 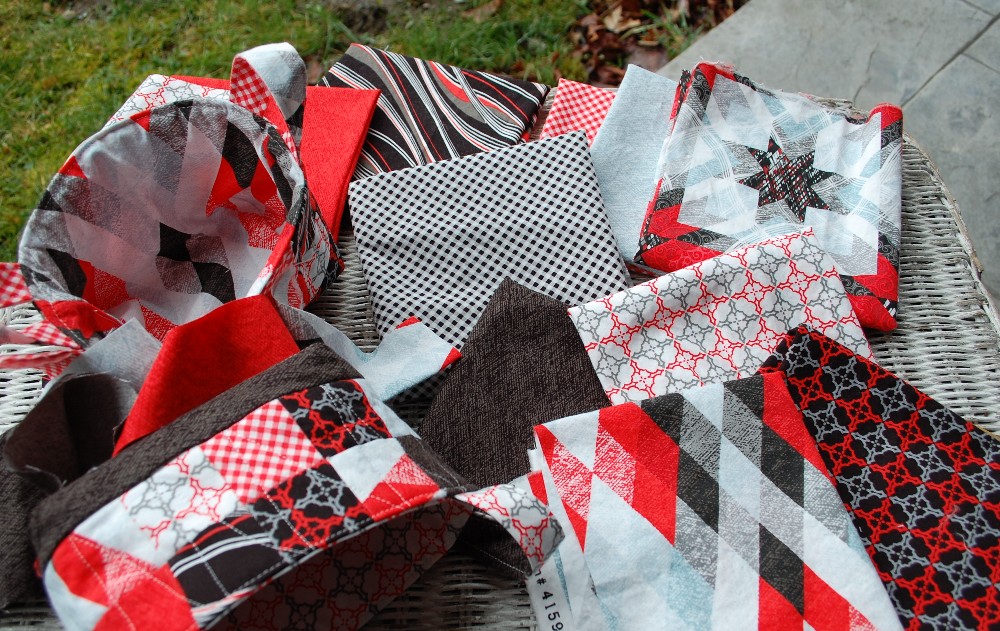 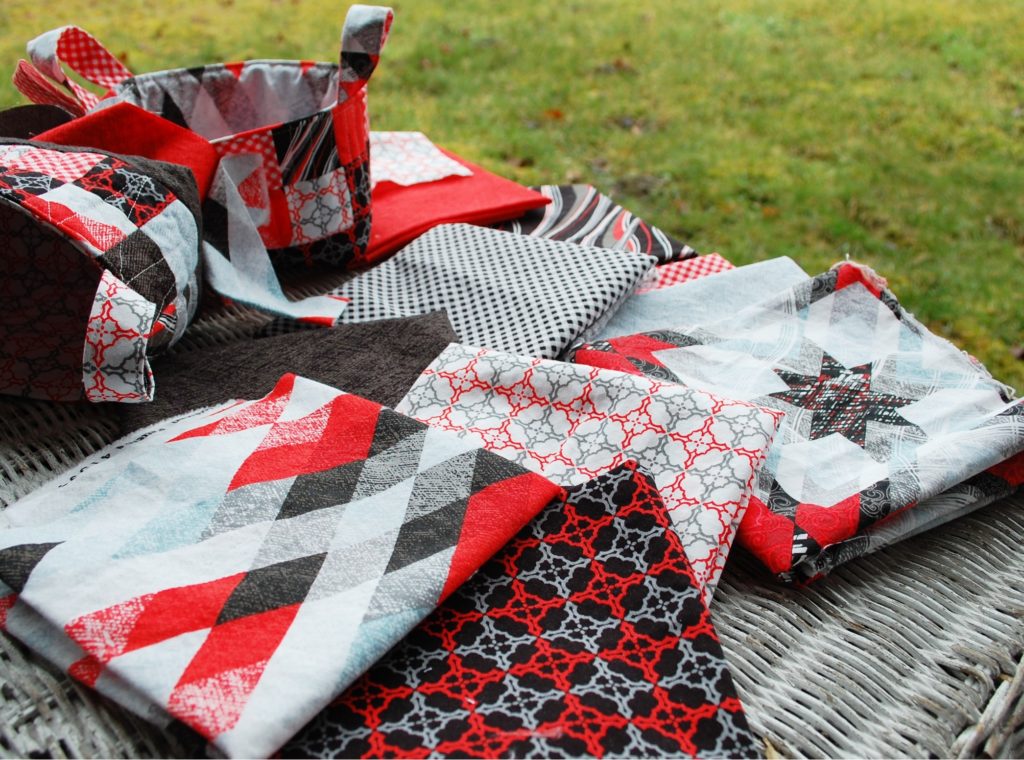 For the Chartreuse and Turquoise colorway, I am going to make a couple Cell Phone Plops designed by my good friend Rob Appell. His video Tutorial for the Plop is here.

Keep following my Instagram feed to see my time lapse video of making them. I haven’t ACTUALLY made them yet, but I will, and when I do, I will do a time lapse video again. I LOVE making those!!  Gonna try to make them tonight or tomorrow? We’ll see what happens.

Note, Rob used denim in his Plops and he suggested lining the regular quilting cottons. I think I may piece and quilt mine before constructing. Wool batting though so it’s not too stiff. 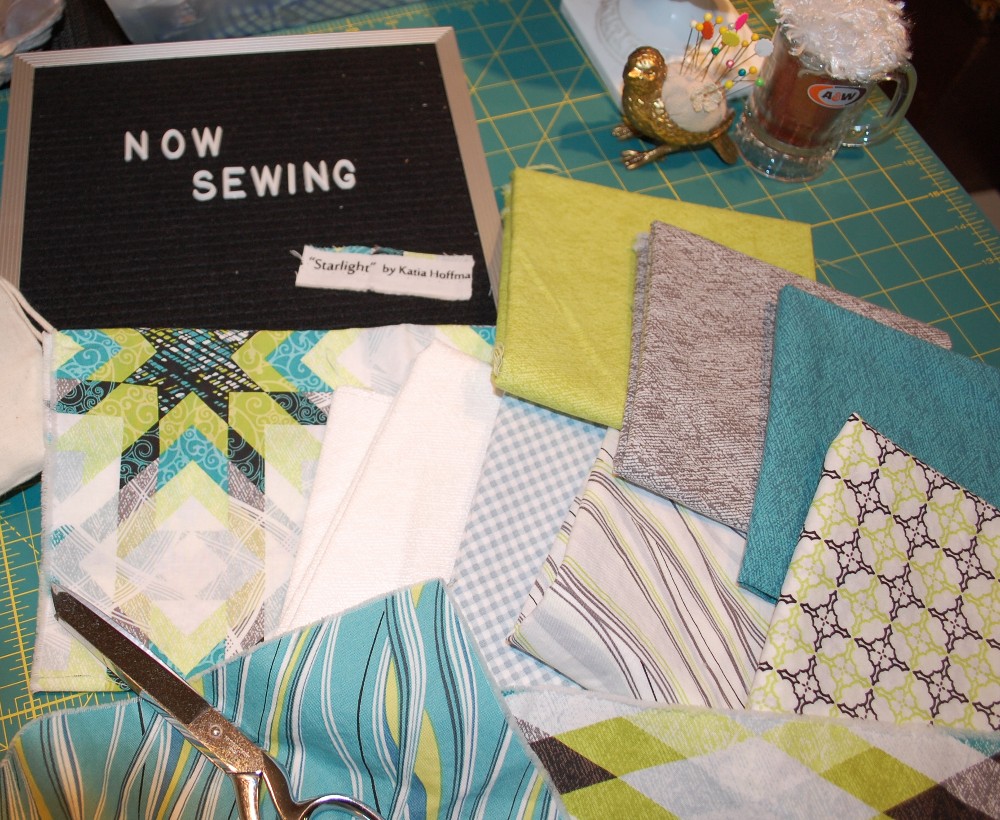 Love the crosshatching going on in most of the prints, nice texture! This line reminds me a lot of the graphics for the 2014 Winter Olympics. Starlight has actually been out in the stores for awhile, so if you want some, don’t delay! 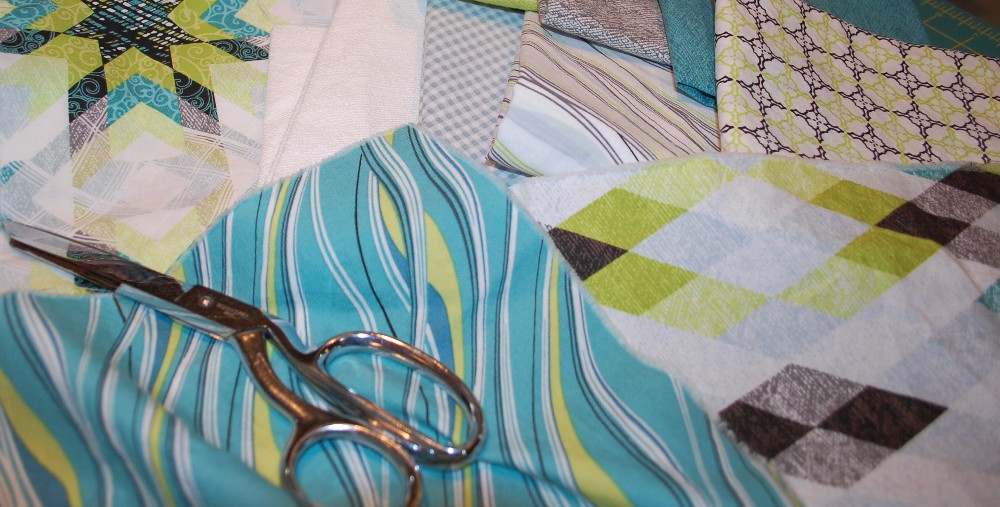 That’s it for today. I hope to get to making Plops tonight after I hopefully get finished with my part of a top secret (so far) project that I am working on with Rob. And then there are Spring Quilt Market projects looming…. AND Spring has pretty much started before I was ready for it, so that pruning I needed to do in February is gonna get done now in March even if it IS TOO LATE for it……wish me luck!!