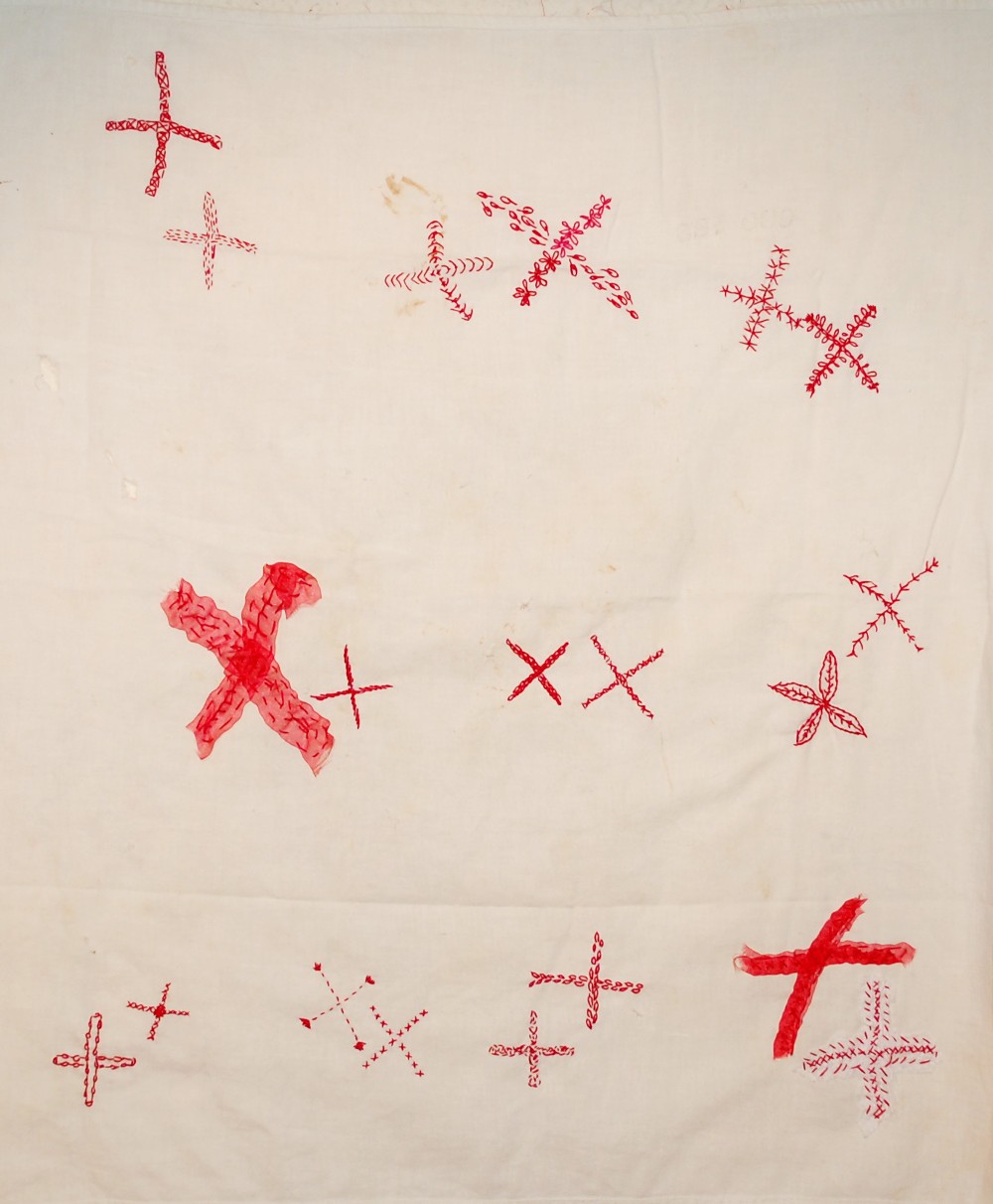 So last year I ran across this sad, horrible story from history and one wonderful woman’s  incredible response to it……
Here is a very well written synopsis of the history and what Jeanne Hewell-Chambers has started to let the world know that this incredible evil did happen and should NEVER happen again:
Between January 1940 and August 1941 (before the Holocaust began), 70,273 physically and mentally disabled people – men, women, teens, boys, and girls – were murdered by the Nazis. Though they never even laid eyes on the disabled person they were evaluating, the Nazi doctors read the medical files and, if from the words on the page, the person was deemed “unfit” or an “economic burden on society”, the doctor placed a red X at the bottom of the form. Three doctors were to read each medical file, and when two of them made a red X on the page, the disabled person’s fate was sealed. Most were murdered within 1-2 hours.

I will commemorate these 70,273 voiceless, powerless people who were so callously and casually murdered by gathering 70,273 blocks of white fabric (representing innocence and the paper the doctors read), each bearing two red X’s (representing one person), and I will stitch them together into quilts.

Here is what I wrote to Jeanne in my email that I sent her regarding my blocks:
===================
Dear Jeanne,
So I made these blocks for a couple of reasons…
For one, I was horrified to hear about these atrocities even BEFORE Hitler started the Holocaust…..I had never heard these things at all. I am still in shock…..
…..and then partly because my mom was a Roggendorf and though she never really talked a LOT about her childhood, I do remember her saying how difficult it was growing up as a little kid in the US during WWII with a German last name. Her family had nothing to do with Hitler and they had been in the states decades before any of the Nazi stuff was happening. I am pretty sure her dad was BORN in the US so literally few if any ties to Germany at that time.
Then I really wanted to make these because I am not so certain my brother would have made it through that “culling” process. For one, he was an RH factor baby, so barely made it out of birth alive as I was told in 1972 –  I think he also had a learning disability that my parents and/or teachers  never addressed when he was young; I think he had issues as a young adult from that. Ty actually ended up killing  himself when he was 24 in 1997,  but I think he wouldn’t have made it that far in the story of these 70,273 people. He was always a bit odd and just didn’t seem to click in to “Normal Society.”  Not necessarily “disabled” but just a little left of the “standard.” 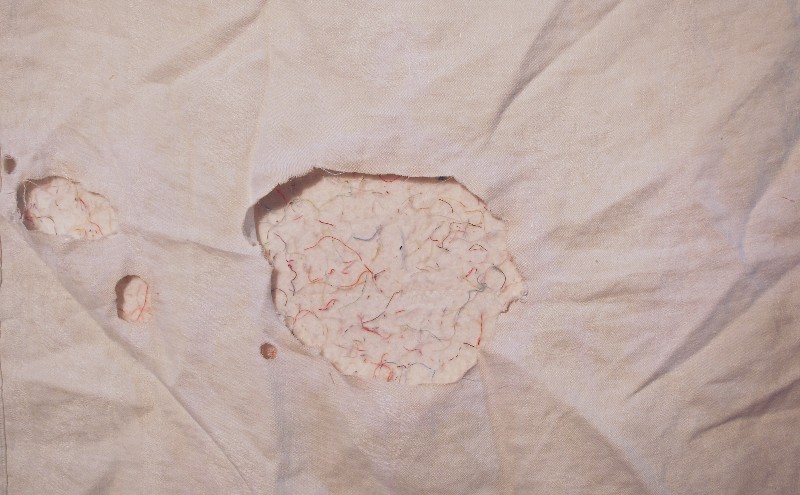 The fabric that I used as a base for these blocks is from an old dishtowel and a tattered Damask napkin that came to me with some of my mom’s stuff when she passed away two years ago next week. I had  just started randomly stitching pairs of X’s on them – never had a plan, kept going until I ran out of space.  I actually had finished them awhile ago and they just resurfaced in my ever undulating project piles. The fabric is stained with tiny holes and totally “unworthy” of any attention. Which is why I thought it a perfect base for this. My stitches are not even and since I was making things up as I went some of the stitches are totally weird and misplaced — purposefully so.  I LOVE the beauty that can be found in imperfection – the older I get, the more I love and value it, particularly in our cookie cutter “American” life.
============== 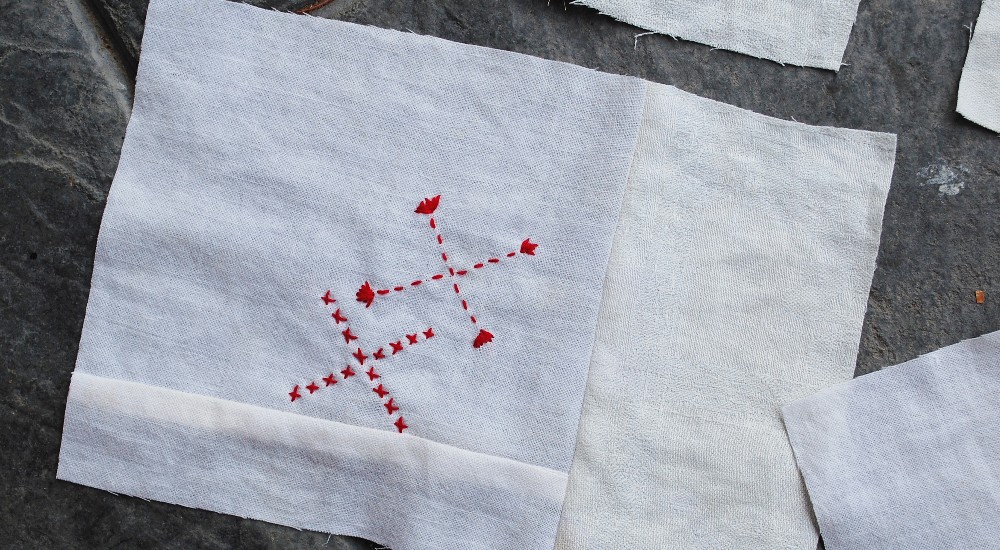 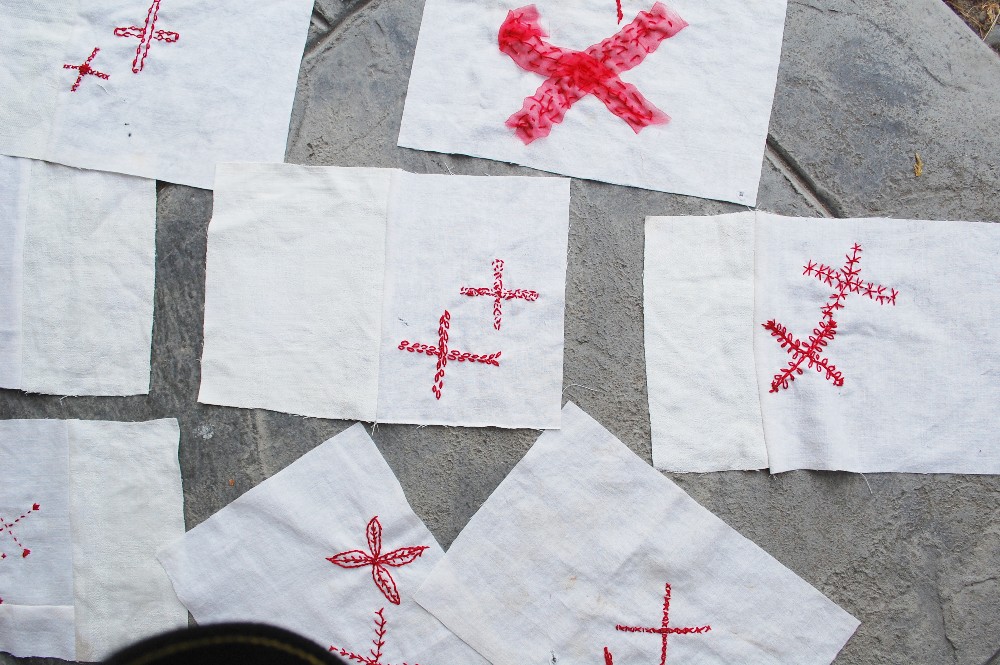 So that is today’s post. I am still in shock over this horrendous treatment of people based on “value” judgement. None of us has any right to judge in this way. (We still need judgments in the case of law and order but NOT on people’s right to exist)

So go make some Red X’s if you get a chance. I am pretty sure all 70,273 blocks are not done yet.
Keep Sewing, Keep Happy,
Scott