So better late than never right? I have already told you that I was honored with the opportunity to be a Designer of the Month with a great group of wonderful ladies for Aurifil this year. And here is January’s Designer, Brigitte Heitland.  Find our more about her in this interview with Pat Sloan.

And here is Brigitte’s Awesome Block Chez Claire.  It is pictured here in the line we are all using for our block designs, Wishes for by Sweetwater by Moda.  Click on the block for the directions! 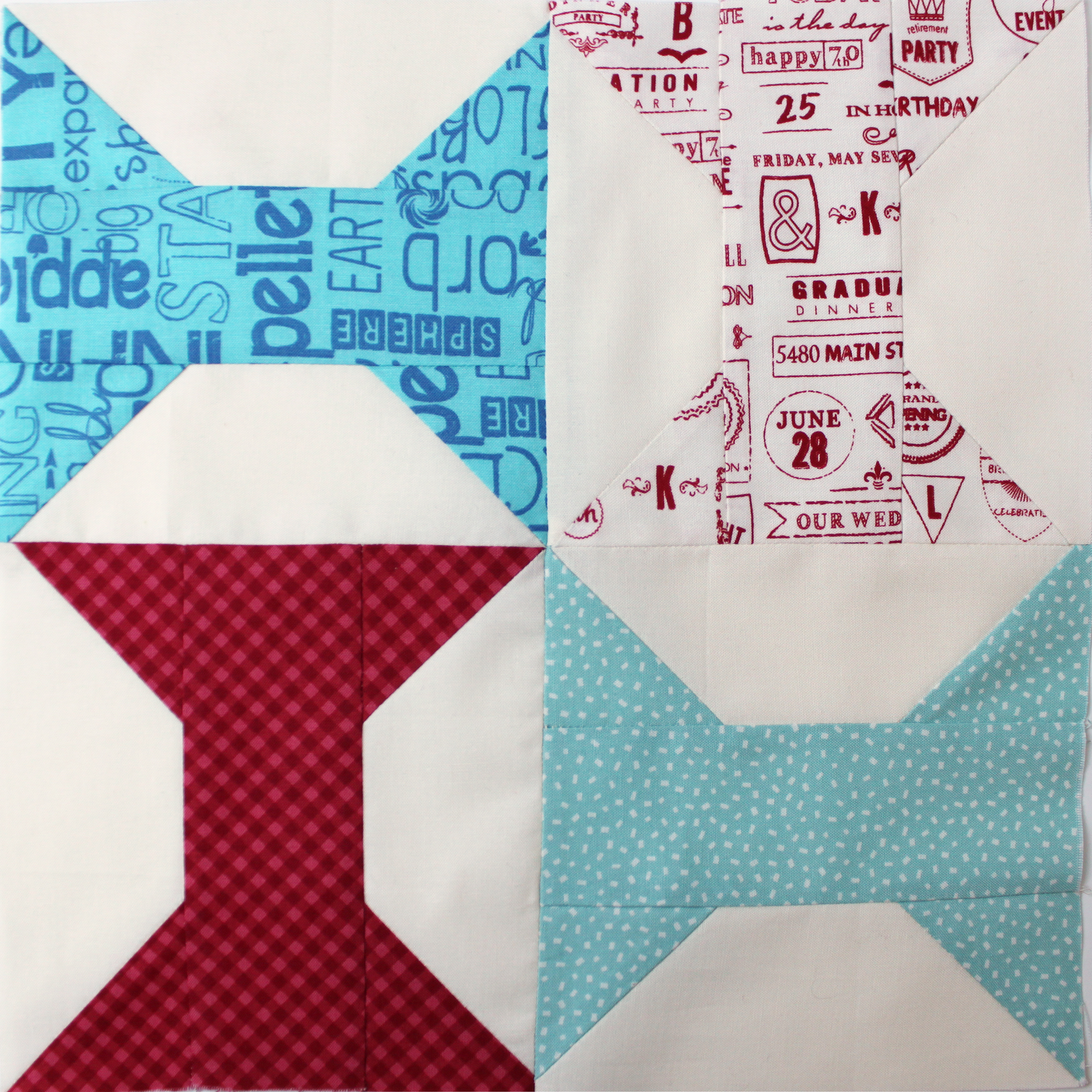 Pat also suggested the rest of us Aurifil Designers of the Month for 2014 to do the block up in our own fabrics to show each block off in our “own” light. Since I don’t have my own fabric lines to promote (yet! 🙂 ) I first thought of just hitting the stash but I wanted to have it somewhat controlled, so I thought I would make these blocks in a limited palette of Reds and Neutrals (including: cream, white, grey, black, tan, etc).  But then a group of friends on facebook did a Liberty Swap that I managed to get  in on, and  I had already been collecting some small bits of Liberty fabrics to go along with a bunch of Wish Voiles from my friend Valori, so I decided to go that route instead…. (I will do a red and natural quilt down the road, just not in this series of blocks)

So here is my version of Brigitte’s block: 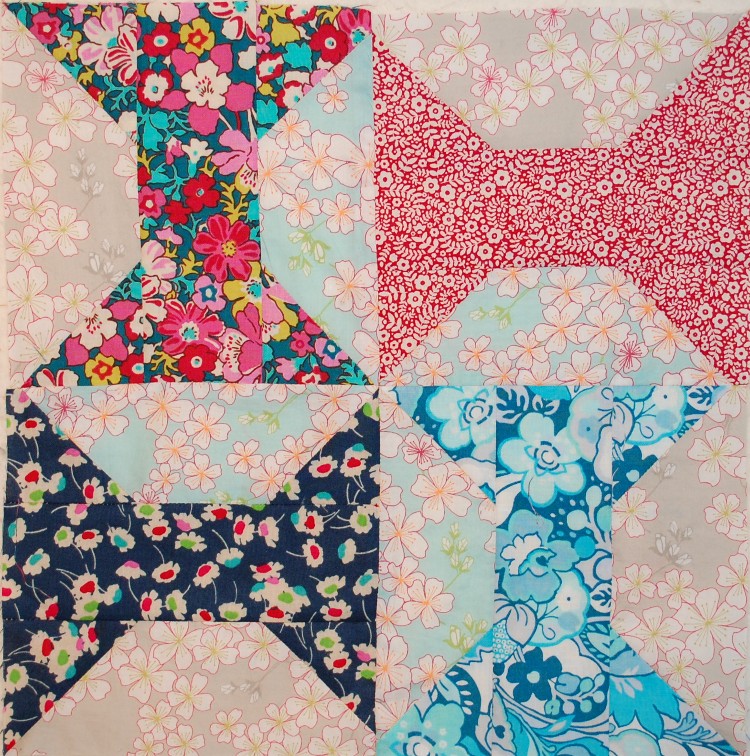 You can see that I just acted like I knew everything and didn’t pay attention when I sewed the four sub-units together, because I did them backwards.  I just checked out the Aurifil flickr group though, and I see that I wasn’t the only one. What I DID do on purpose (because I couldn’t resist it) was emphasize the twisty-bit in the middle of the block by using two background fabrics. Once I noticed that shape in the middle, I had to do it!

Also I had to do this with the scraps cut off…Liberty is too expensive to throw ANY of it away….

Now the Aurifil deal is the same as last year. Post a photo of your block in the Aurifil flickr group here and you will be eligible to win a free box of Aurifil thread….. $120 value as I understand it.

So go sew, photograph, and post…You could win….and you will at least have one block down towards a fun “modern” sampler quilt.

Until the next time…..