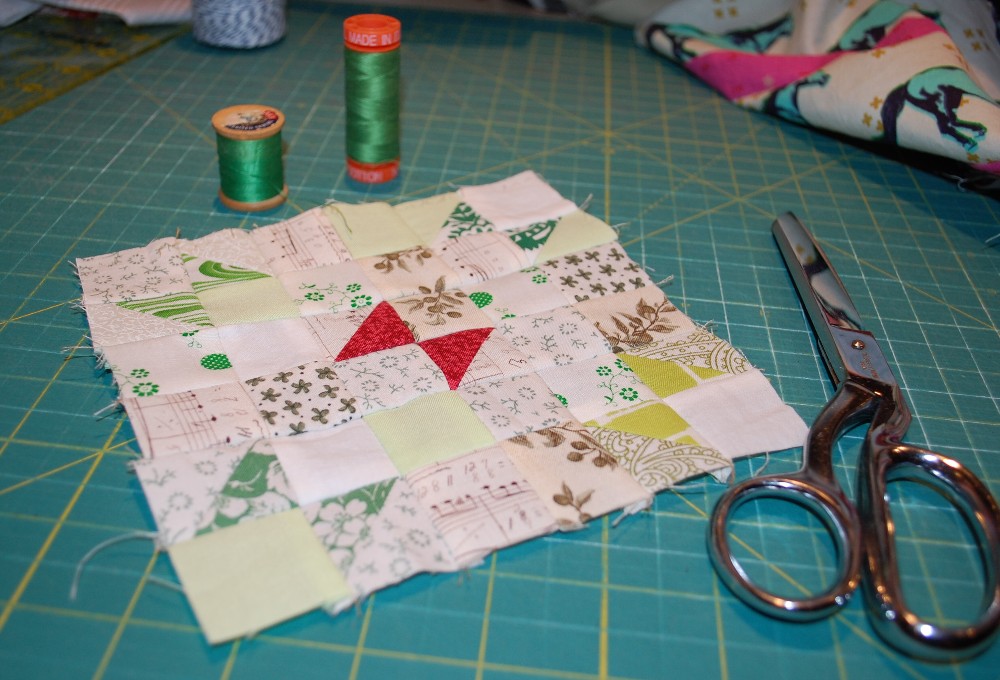 in The Splendid Sampler
2 Comments 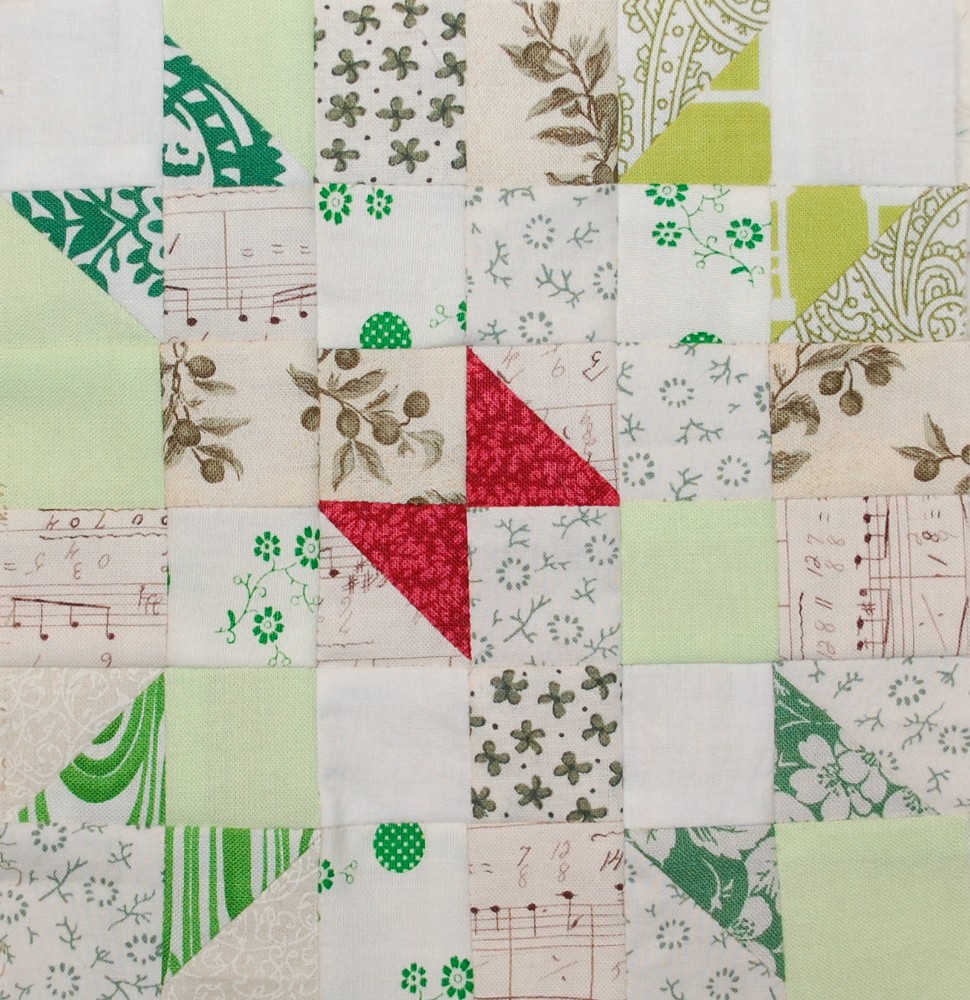 And here’s my version of Block Two of the Splendid Sampler — Wings by Jane Davidson, the other half of the great team who created this whole year long mystery tour! 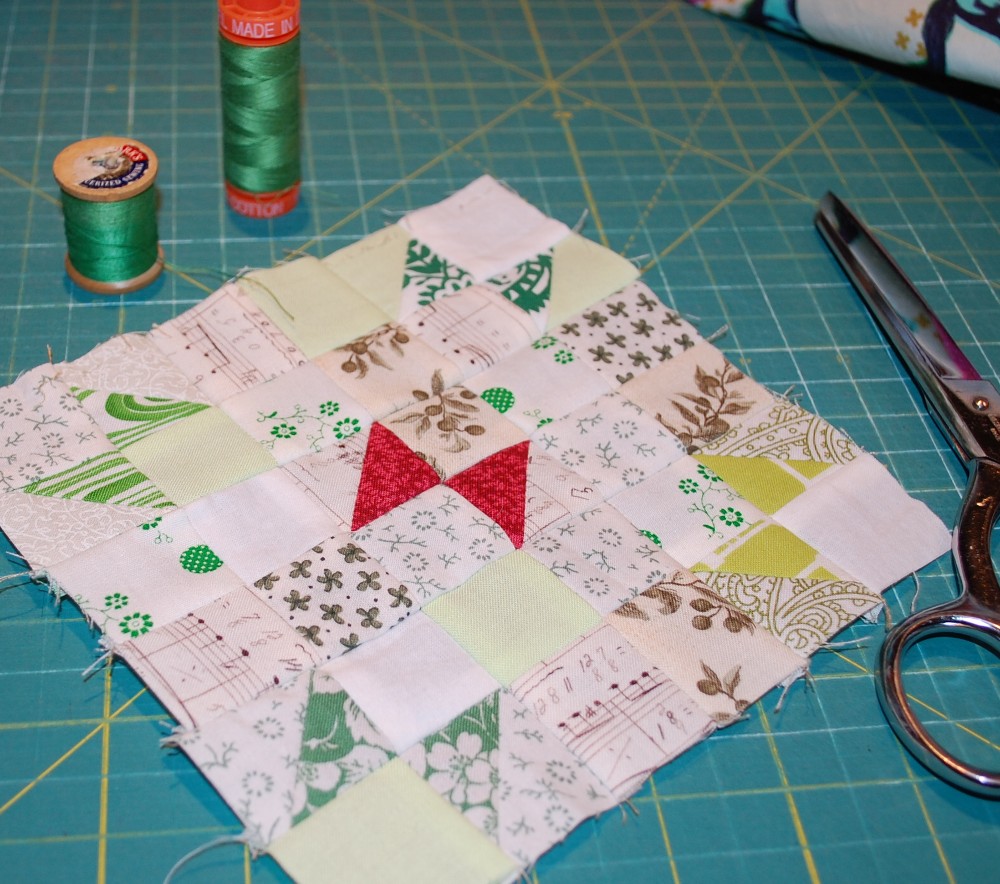 Haven’t embroidered the little bodies and antennae yet, and I might not get to it. Even if I don’t to the embroidery, I like the block. LOTS of little seams though. On the triangles I pressed them open after I cut them in half.

I did notice though that I don’t have a lot of contrast in this block. I don’t think it is bad, but if the whole quilt doesn’t have enough contrast, I am not sure if I will like it. Although that definitely hasn’t stopped me before.  😉

That’s it for now. I have MASSIVE stuff to do still! I am so far behind. It’s one of those will-I-ever-freaking-catch-up years already…Sigh….