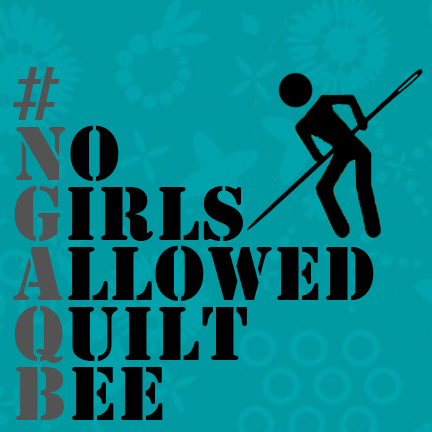 And here is the February Installment of the Racuous Boy’s Club I have found myself in this year.  I have been really enjoying this bee because as all guys, we talk about quilting in different way  than we would talk about it with women I think. Well at least our off-topic topics are different.  We seldom talk about shoes.

So for February our Calendar Man is Andrew Joslyn from Pennsylvania:

I’m Andrew Joslyn, also known as Mr. February of the #NGAQB.  I grew up with an older sister and my parents and my family went back-and-forth between the Philadelphia, PA area and Tokyo, Japan.  Although more of my time was spent in the US, I always felt like Japan was a second home (maybe my “real” home?) to me.  I spent 4 years of high school at the American School in Japan and they were some of the best years of my life.  I am still extremely inspired by Japanese culture and art.

I owe my life of quilting to my wonderful partner, Chad.  He has an addictive personality, so he’ll get stuck on something and will put all his energy into that one activity for a relatively short amount of time in an obsessive way.  He usually drops that activity and moves on to a new hobby pretty quickly.  But a number of years ago, Chad began knitting.  He found a great group of other knitters to hang out with and he became hooked!  It’s the first time I’ve seen him stick with something for so long!  He was making such beautiful knitwear and I became quite jealous.  I tried my hand at knitting, but I absolutely HATED it.  I mean, it made me so frustrated I just completely gave up.  This didn’t really surprise me because I’ve never considered myself much of an artist or “maker.”

I didn’t want to give up on the making, though, so I started wondering whether there was something else that was more my speed.  I began with sewing, just making little things like zippered pouches, coffee cup sleeves, knitting needle “roll-ups” etc.  Although I enjoyed it a bit, I didn’t like the finicky work associated with this type of sewing.  I somehow got it in my head that I should try making a quilt.  When I found out that my sister was pregnant in early 2010, I thought that perhaps a baby quilt for my soon-to-be niece was a good place to start.  I taught myself using Alex Anderson’s “Start Quilting” and I got a lot of great help from my co-worker, who had already been quilting for a few years.

That first project was a challenge for me and I made some incredible mistakes and got extremely discouraged at numerous points in the process.  Normally this means that I’ll never do that activity again, but for some reason, I was so happy with the final result, that I kind of forgot all the pain and decided to push forward with more quilting.  My co-worker quickly convinced me to join a relatively new group called the “Philadelphia Modern Quilt Guild.”  I met some amazing quilters and made many new friends through Philly MQG and within about 1 year, I became the president of the group!  I have been president now for a couple years and it is still a ton of fun.  I’m presently spending quite a bit of my time organizing a modern quilting retreat in Lancaster, PA called “Mid-Atlantic MOD” with a couple other awesome quilters from the Central NJ MQG and the DC MQG.

For my month of February, I asked the boys to make me blocks of their own design that incorporate flying geese of any size and color placed in negative space composed of solid neutrals, such as creams and grays.  A number of the blocks have already arrived and they are looking fabulous!  I absolutely love flying geese …

You can find me at the following places on the web (I post most frequently at Instagram).  You might notice on my blog that I do a bunch of other making too, like jams/jellies, pickles, and now I’m brewing my own kombucha and hard cider!

Here is a link to the block that was my initial inspiration.

So that’s what Andrew wrote about himself and his quilting life so far.

And here are the blocks that I sent to him last week: 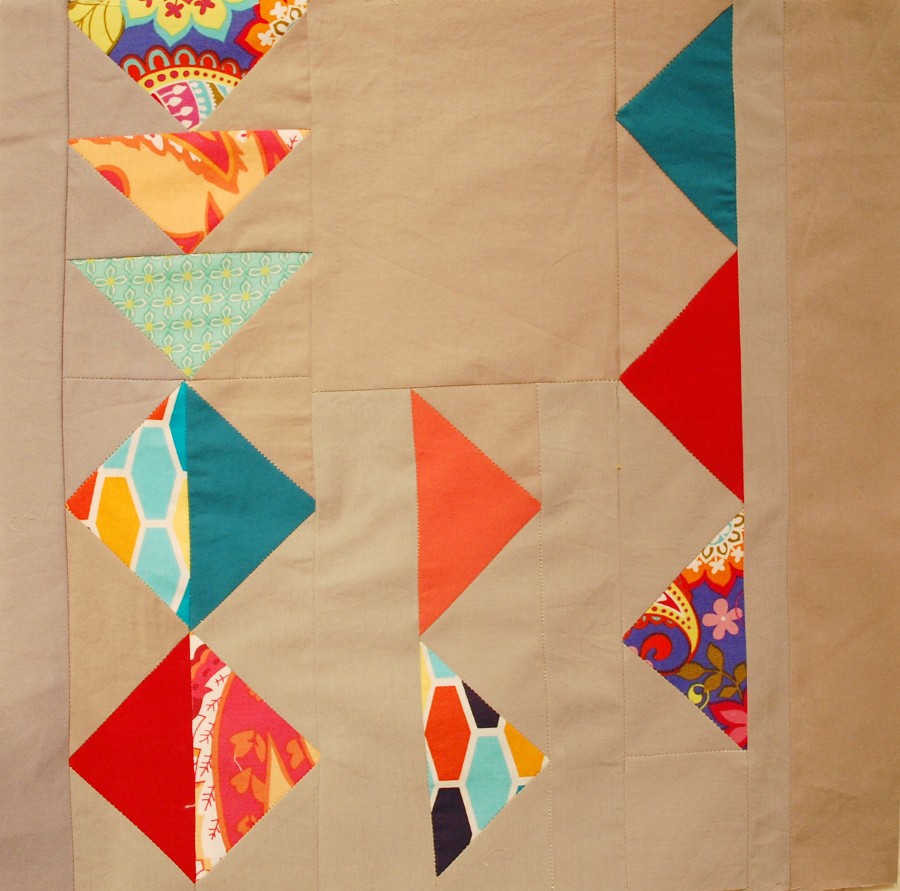 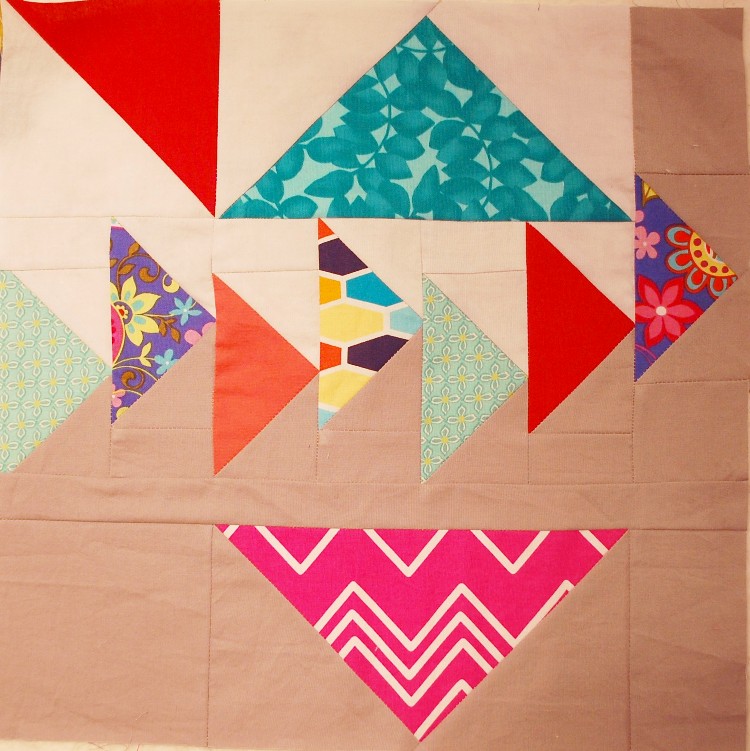 It was fun just making different geese fit together every which way….and using assorted grey solids for the back ground. Every block in Andrew’s quilt will have different grey and light solid backgrounds, so I thought I would help out the variety and add some to my blocks as well.   The lighting was not so great in these photos, but I think the first block has 4 greys in it… Some of the guys have been showing their “geese” blocks in the group, and all I can say is this quilt is going to be very fun when it’s done!!

That’s it for today peeps!   Don’t forget to sign up for one of my remaining open classes in Sisters this summer.  Last I heard, Friday’s class had plenty of room and Monday’s was getting pretty full up now.