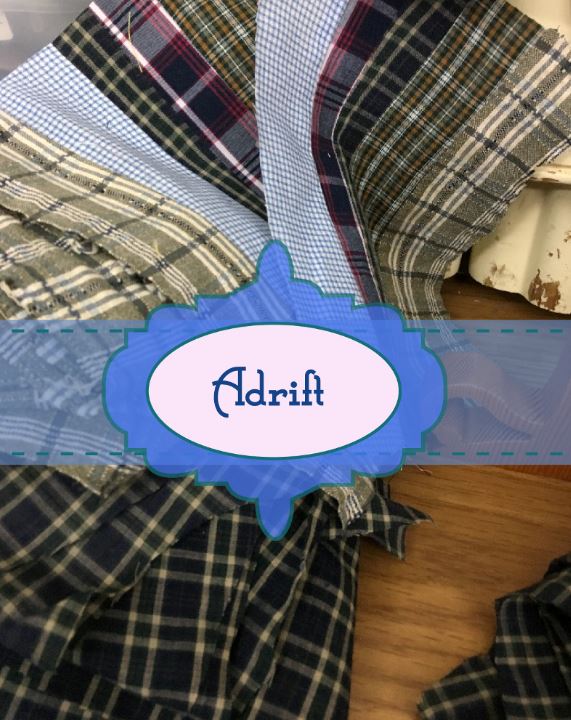 My world changed again about two weeks ago. I knew it was coming but didn’t realize how difficult this was going to be. Or how broken I would feel inside in spite of  having told myself I would be ready for it.

I hadn’t heard from my dad for a few days, which normally isn’t too unsual, but after about 4 days, I was starting to worry as he is 81 and lives alone and stubbornly doesn’t have one of those doodads that you wear in case you fall when you are older and live alone… you see where this is heading don’t you?

So Monday June 1st, 2020 I had to break a storm-door window because for some reason, I only had the key to the Front Door of Dad’s house which was behind an AMAZINGLY Strong but locked storm-door (that I didn’t have the key to)…..So, long story short, I found Dad on his floor between his bathroom and bedroom, conscious but barely and as I found out from the EMT’s  later with a blood pressure of  70/50 (normal for a man that age is 135/80). He was severely dehydrated and his dentures weren’t in, so I thought he had a stroke at first, but the doctors didn’t think that was the case. There were other ultimately as severe problems going on.  Dad didn’t want to go to the hospital with the EMT’s but I convinced him it was best.

I went with him to the hospital that Monday, he had a surgery Tuesday because his bladder has started to come out of a hernia opening (and I guess this had been for some time, but Dad somehow didn’t notice this other than increasing incontinence problems. I had told him he needed to go to the doctor and found out later he had, but ignored the Doctor’s advice to go to ER a few days before) There are so many little medical details in this that I don’t want to bore you with.  He was a stubborn man and didn’t want me to help him too much, in hindsight, I might  have helped him more but I can’t really know. Anyway, the surgery seemed a success, but later that night he went into Septic Shock. They had to do CPR on him. I got a phone call that he was in Critical Care that next morning. 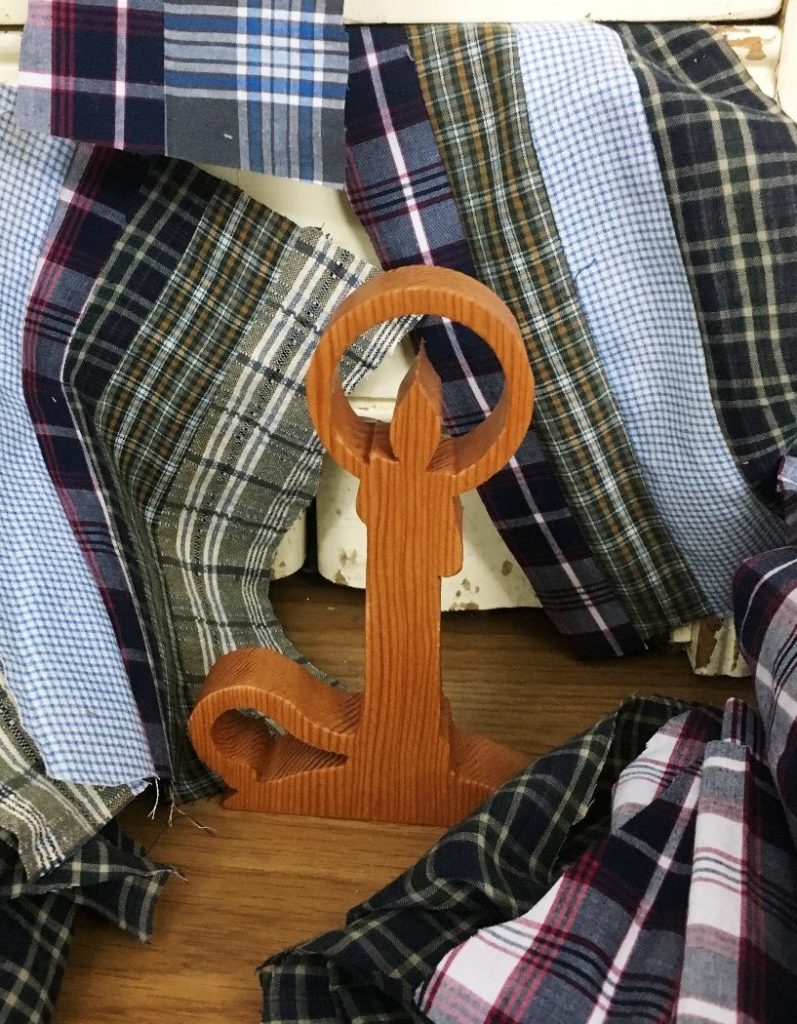 My sister is a nurse and lives in the Midwest. She was afraid this might happen, but I thought once he made it out of surgery, he would be okay. He didn’t want to be supported by machines he had said, so with my sister on the phone, we talked to the doctor. Though neither one of us could bear to say it, we asked the staff to let Dad try on his own, which we hoped he would go for, but he didn’t have it in him anymore. And he passed away at about 7:00 AM, Wednesday, June 3rd, 2020. But Linda and I were there at least, each holding his hands, so he wasn’t completely alone. 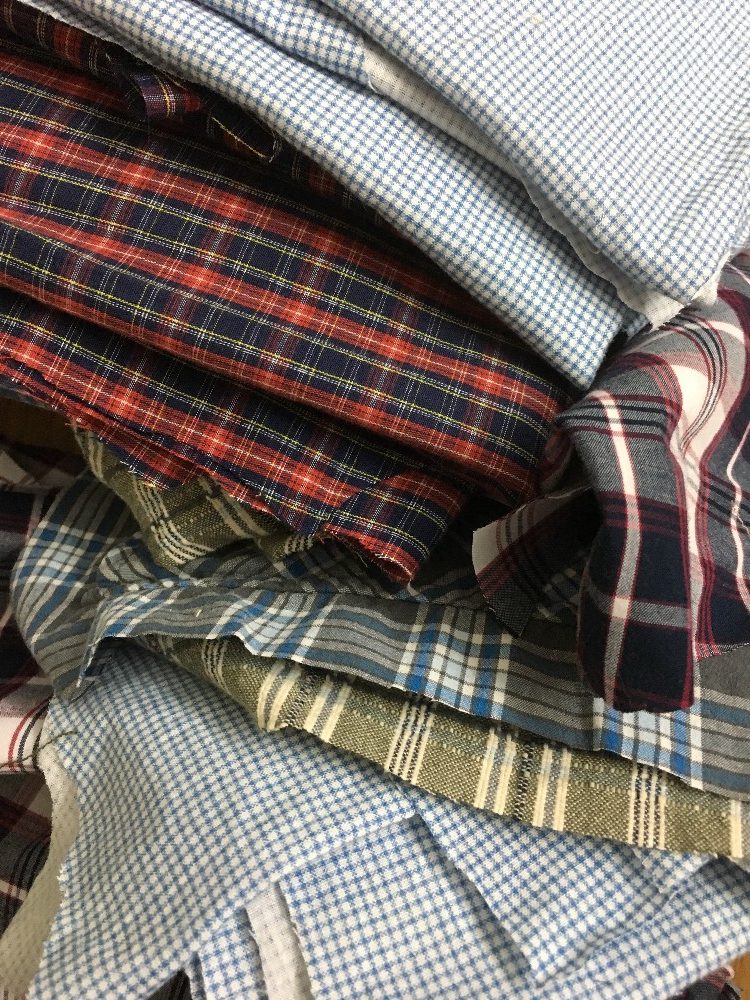 Now he is with my Mom, and I know that will make him happy. He has been miserable without her these last 4.75 years without her.

Dad and I were never super close. I actually felt pushed away more and more after Mom passed away. I was way closer to Mom. But I know Dad loved me, he just didn’t get me, you know? He would always be there for my family helping with things he knew how to do better than me. Dad was always a good provider to the best of his ability. He never did well in school, so we always lived a blue collar life, but we always had food and shelter, if not all of the ‘things’ others did.

A farmer at heart, he only owned his own working income producing farm for 10 or 12 years. Mom saved and scraped for everything… After Mom died, Dad was NOT so good at that. He spent money on stuff he didn’t need, but luckily didn’t go deep into debt…just spent a lot in the last few years. Mild hoarder I am thinking. But honestly, I think that was because  he was trying to fill the void Mom left behind. 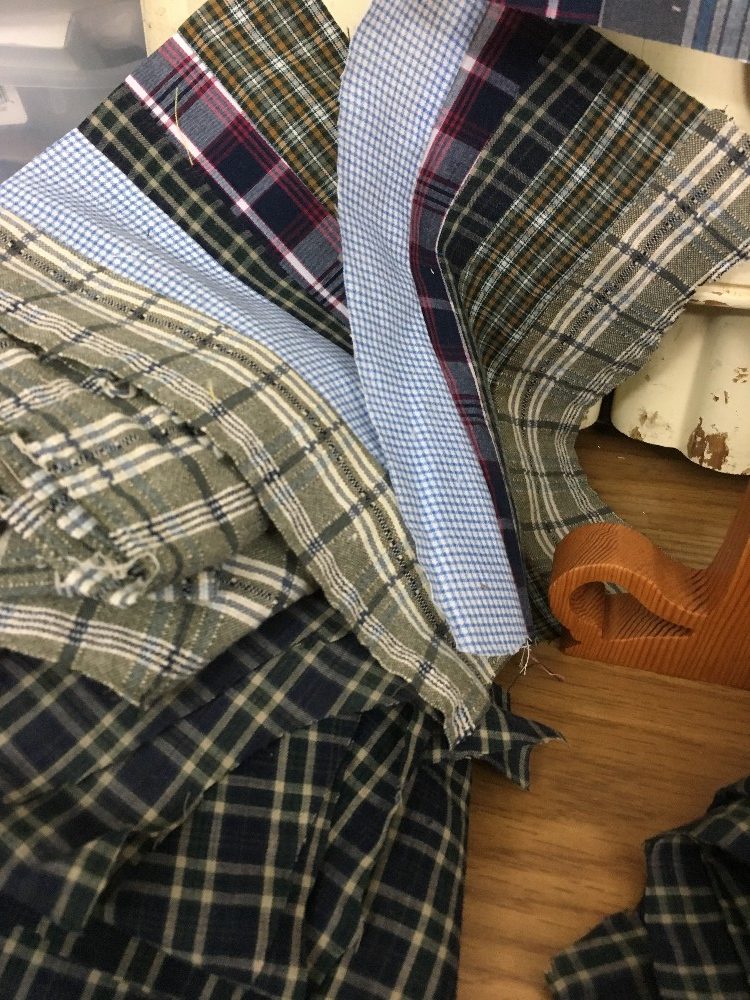 I loved my Dad, but there’s always been a little gap between us. I honestly thought I would be more prepared for this day as I really felt he had been going away from me for quite awhile. But to my surprise, I still feel this void.

An empty spot inside.

And now I have to clean up after him and go through his belongings, which feels TOTALLY weird and TOTALLY wrong, but it has to be done.

The Quilter’s Angle on all of this…..

Dad had a LOT of plaid shirts!

So here’s where the quilting part comes in, thanks for trudging through all of that with me to get here. I had some of Mom’s clothes after she died as well but never did anything with them.  Now it seems highly appropriate to combine their clothes into a couple of quilts. One for me, and one for my sister. 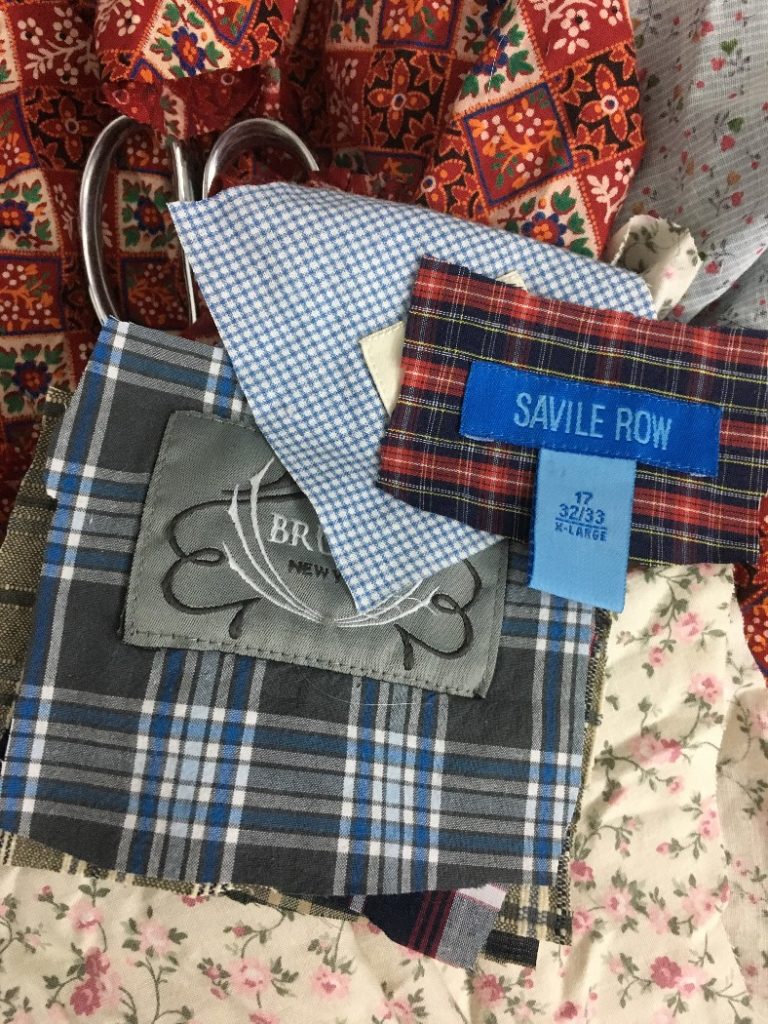 This is actually the most I think I have written about my feelings on Dad’s passing since he died. I have been trying to journal, but the act of sitting and writing with a pen these things has overwhelmed me before I get too far. I have been cutting apart clothes (which also feels weird) and trying to sew and cope and pray and trust God that they are together again and rejoicing in Heaven with Jesus and all of the saints. 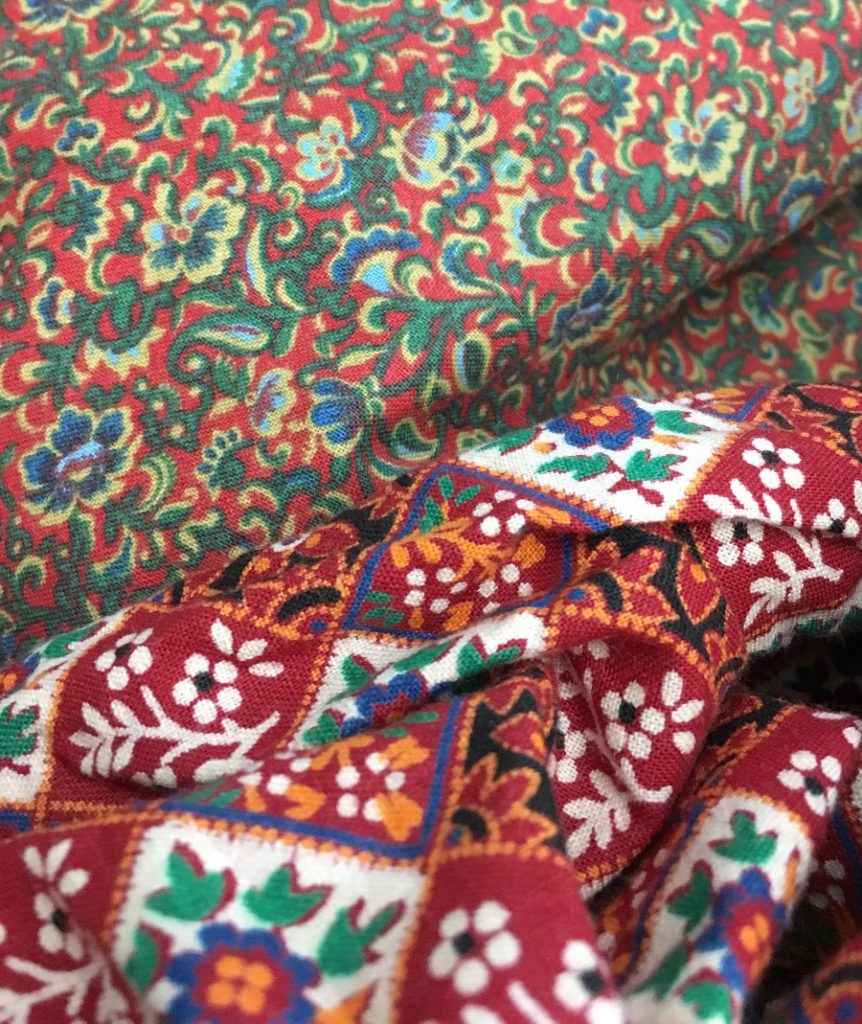 But for now, I am here, and have much work to do as I try to take care of two households in transition. If you follow me on Instagram, I have mentioned there {and I think here} that we are trying to downsize our home and upsize our studios so we have been packing up things here as well.  Putting our house on the market has now taken a backseat to selling Dad’s place.

There are a lot of stresses in the rest of the world besides my little pocket of stress. Mine is minor compared to so many others suffering losses of their own. But this is ours. I hope that you can find peace and consolation in God and your stitching amidst your stressful situations as I am seeking to find. 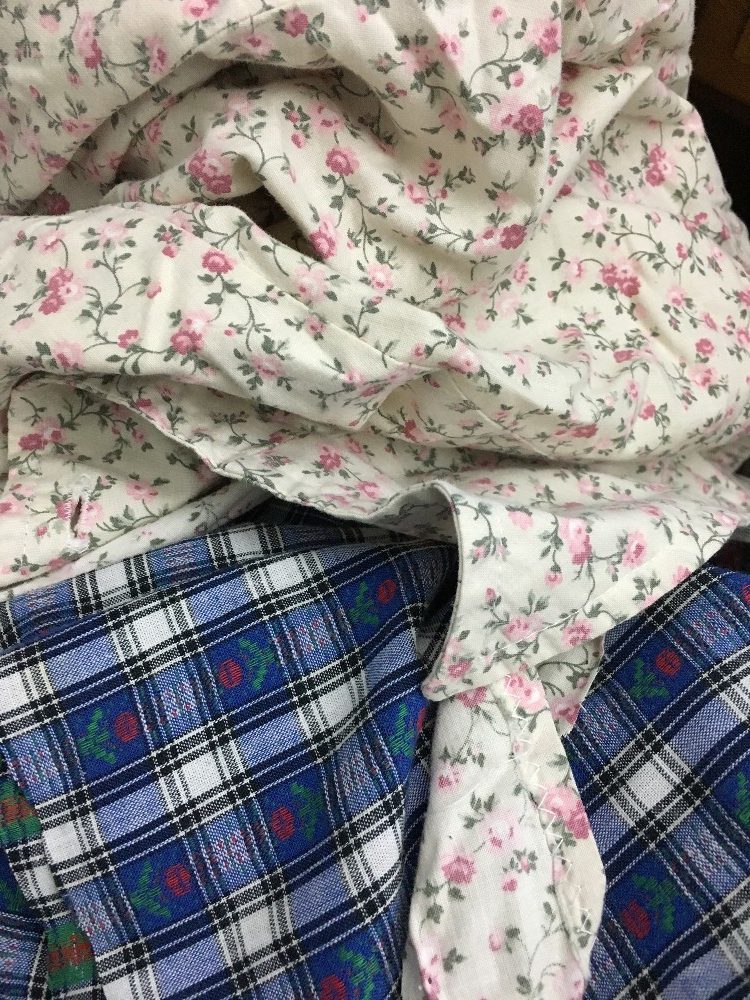 I titled this post Adrift and Speechless. That really is how I feel most of the time right now. But I am not too Adrift because I know Jesus is my Anchor…..there’s just a lot of turbulence in the water right now. And I am apparently not completely Speechless.

Certainly this is just the beginning of the process. I imagine I will be thinking and wondering about a great many things for the rest of my life.
I’s so grateful that I have my God, my Family, and YOU, my community to go through this journey with me. Thanks for sticking around here.