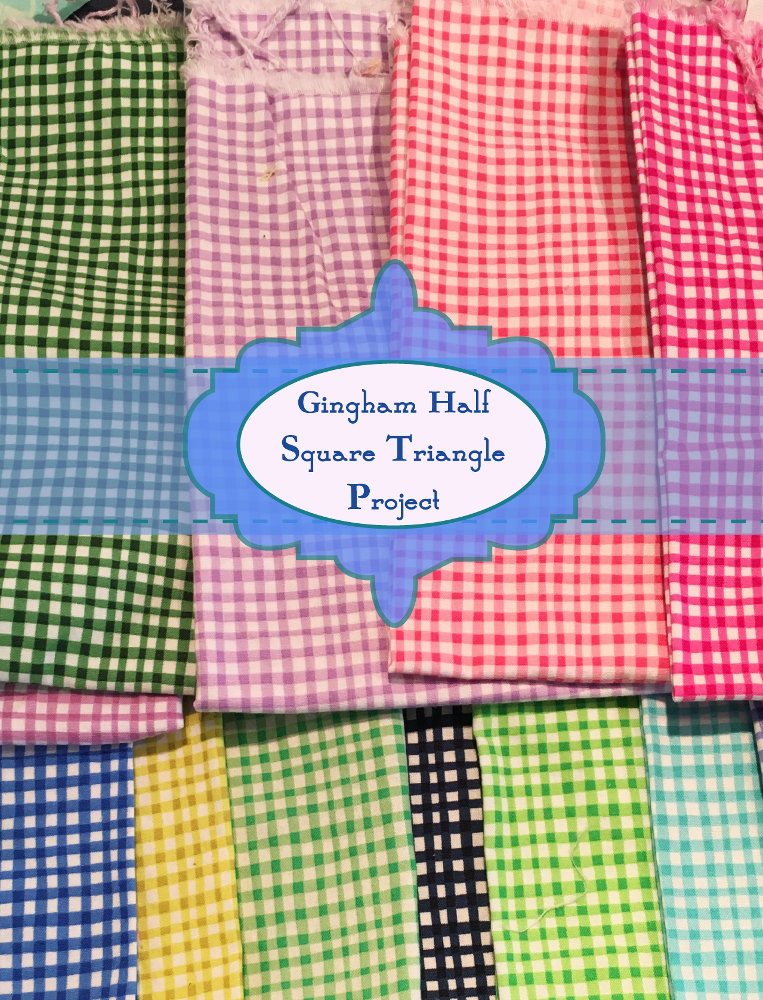 I am a Saver, you know. I save all of those little corner pieces that get cut off of mitered joints on binding and the corners of squares and rectangles when you add a corner – Snowball block style.  And then eventually they get used.

In my ‘spare’ time that has cropped up from working at home during this current ‘Stay at Home’ era of our world, I decided to use up a bunch of these corners that I had saved. I had already been sewing the half square triangles (HST’s) together as leaders and enders.  I just decided to do a little series of mini quilts. I figured it would be best to choose a ‘unifying’ theme to the series. I had a bunch of Michael Miller’s Gingham Play fabrics that I hadn’t done much with and decided they would be the theme for this mini-series. 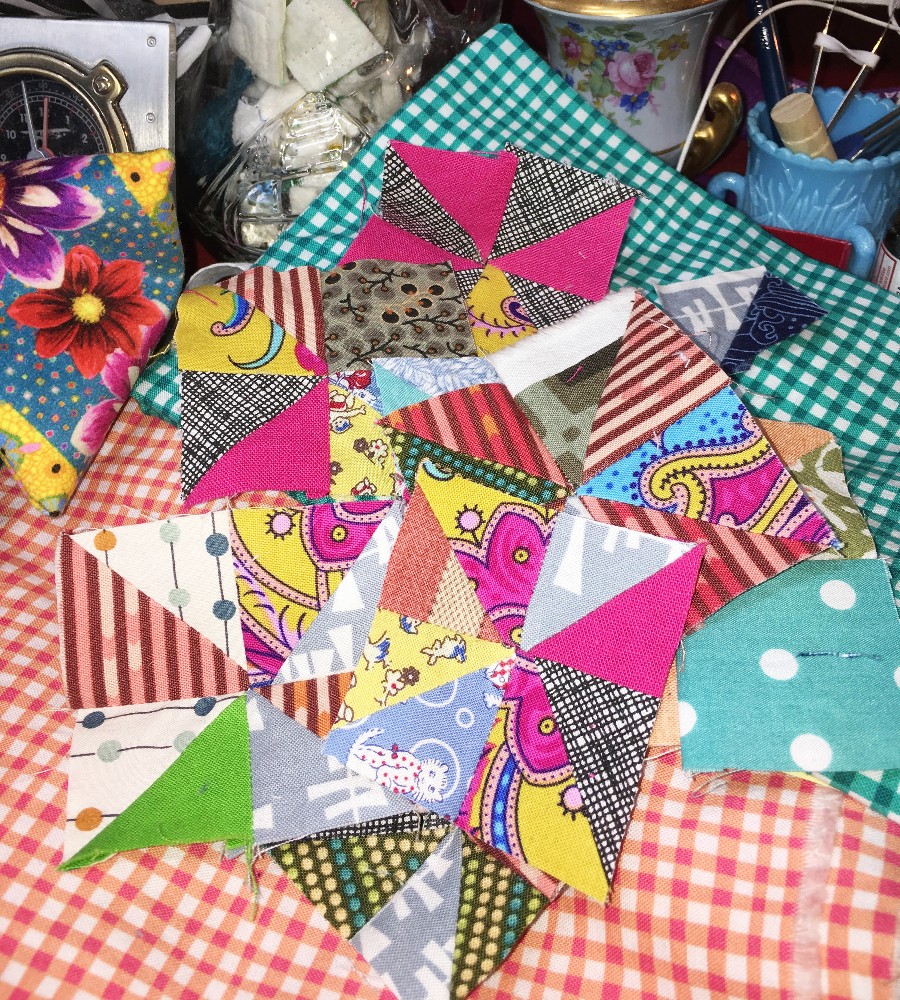 The first quilt in this post uses the oldest bundle of half-square triangles I found. I used the Coral and Turquoise Gingham Play prints as setting triangles. The inner units were different sizes but I used the same 3.5″ Squares cut in half diagonally for the setting squares letting the resulting blocks frame the inner blocks as they would – even cutting off the corners of the largest one.

I almost left the 8 blocks alone in this longer skinnier piece…. 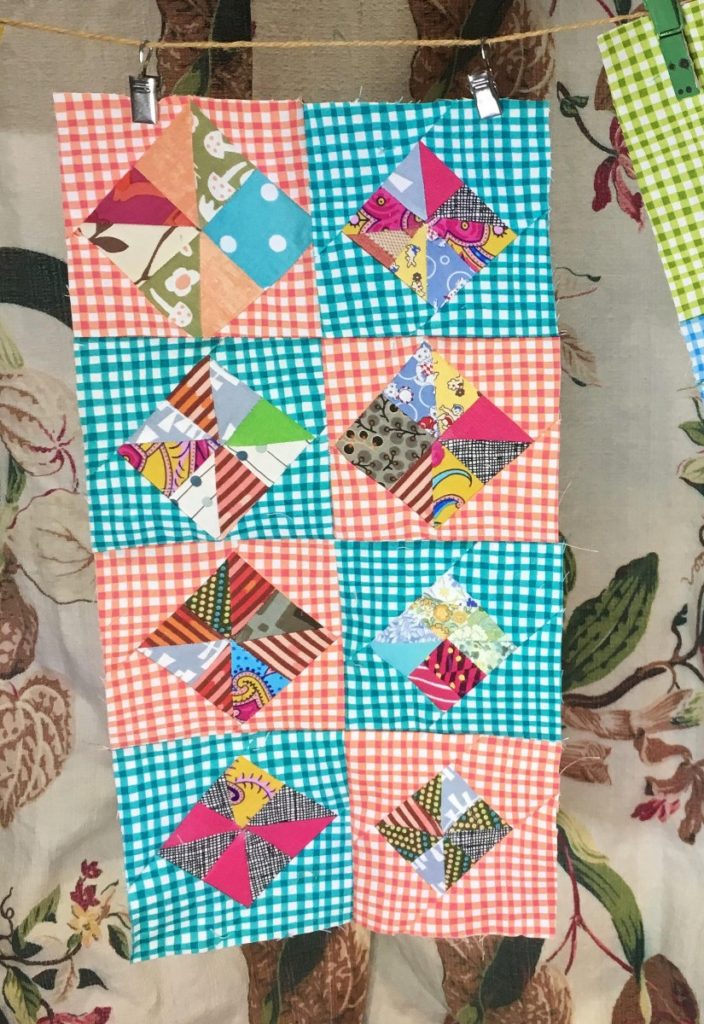 ….but then decided to go with two strips on each side. 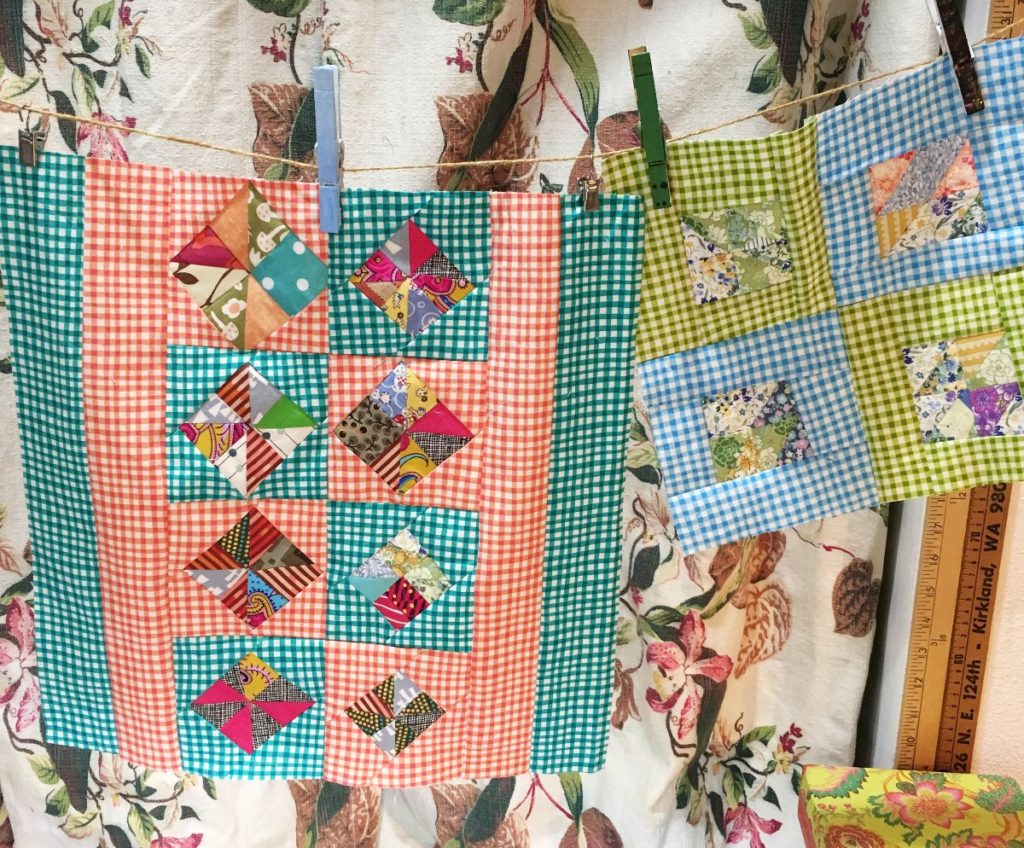 This one is called  Bijoux. Next to it is the small 4-square one called Springtime. The center triangles for these are almost all from the Garden Delights lines from Gray Sky Studio for In The Beginning Fabrics. 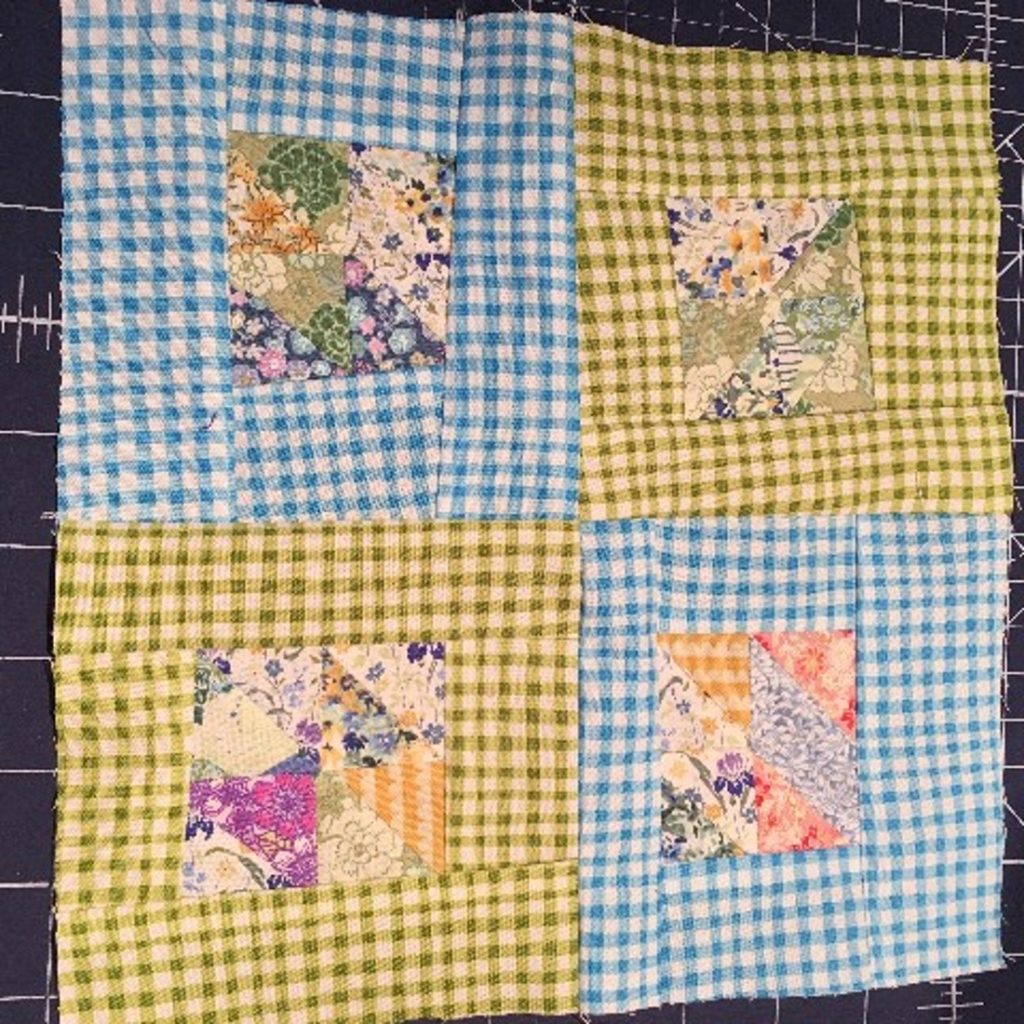 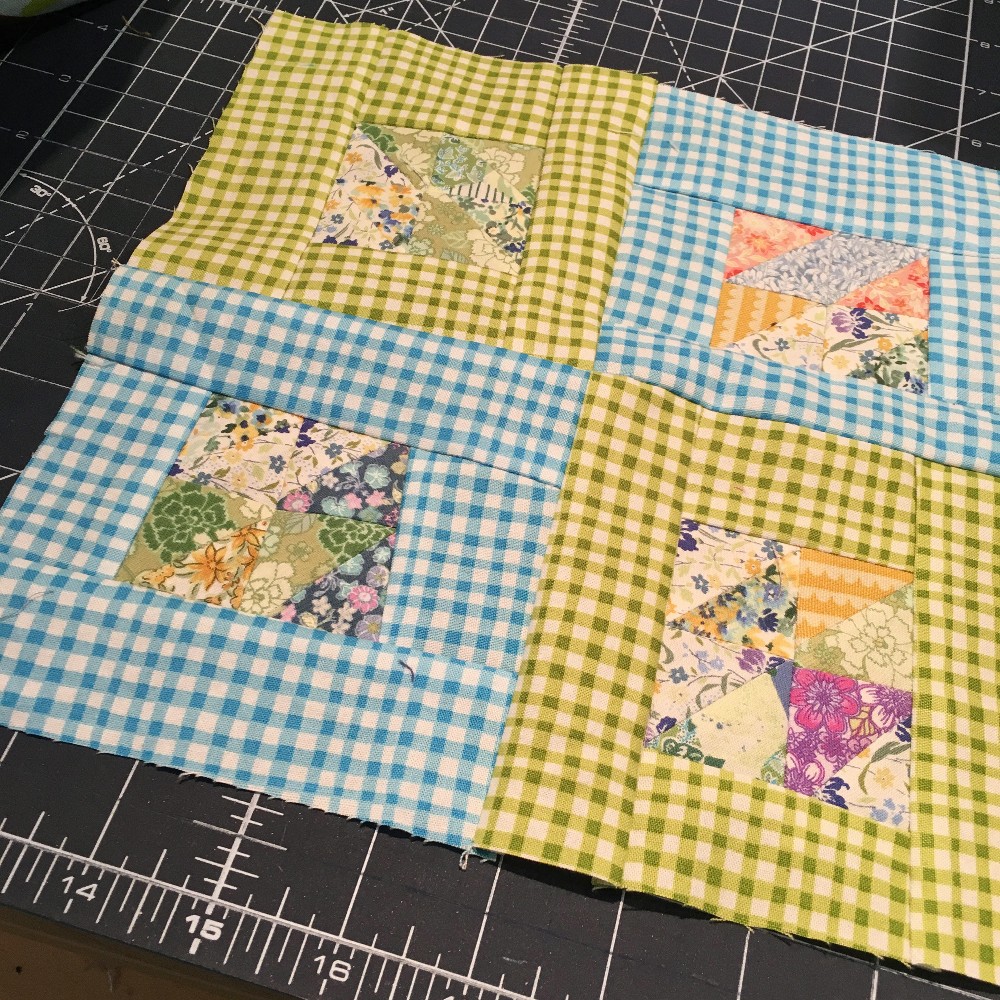 Then the third one in the group is still not put together but is in twelve blocks right now.  This one is called Pink Lemonade and will go together pretty quickly once I get the squares cut down to the same size. 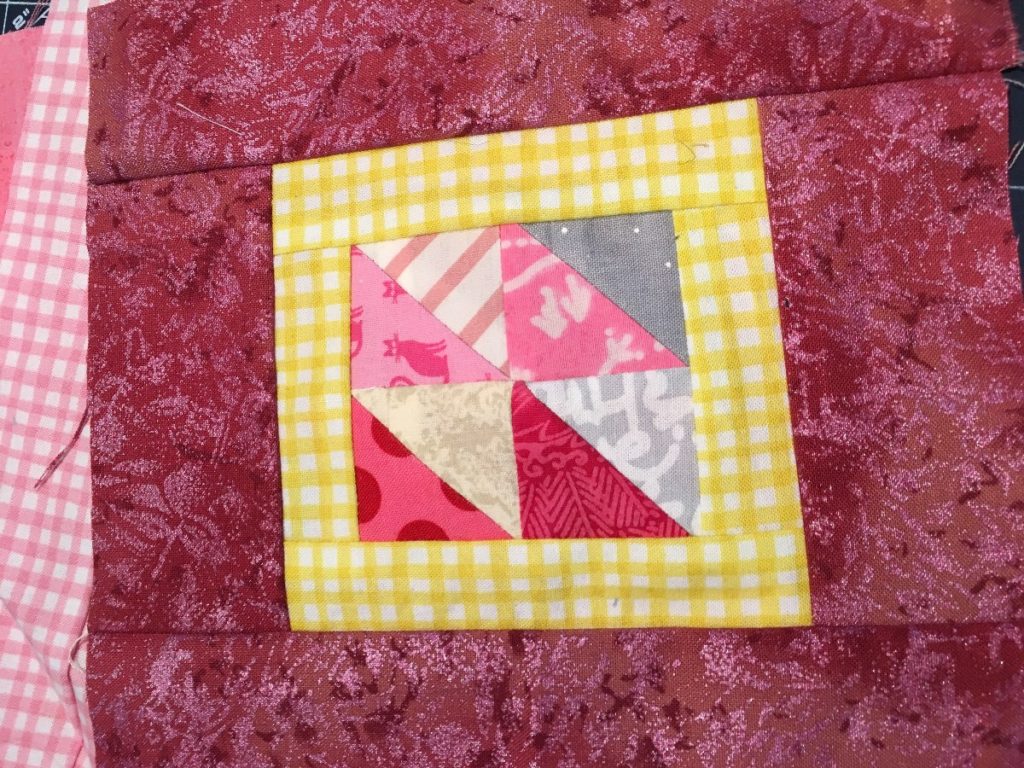 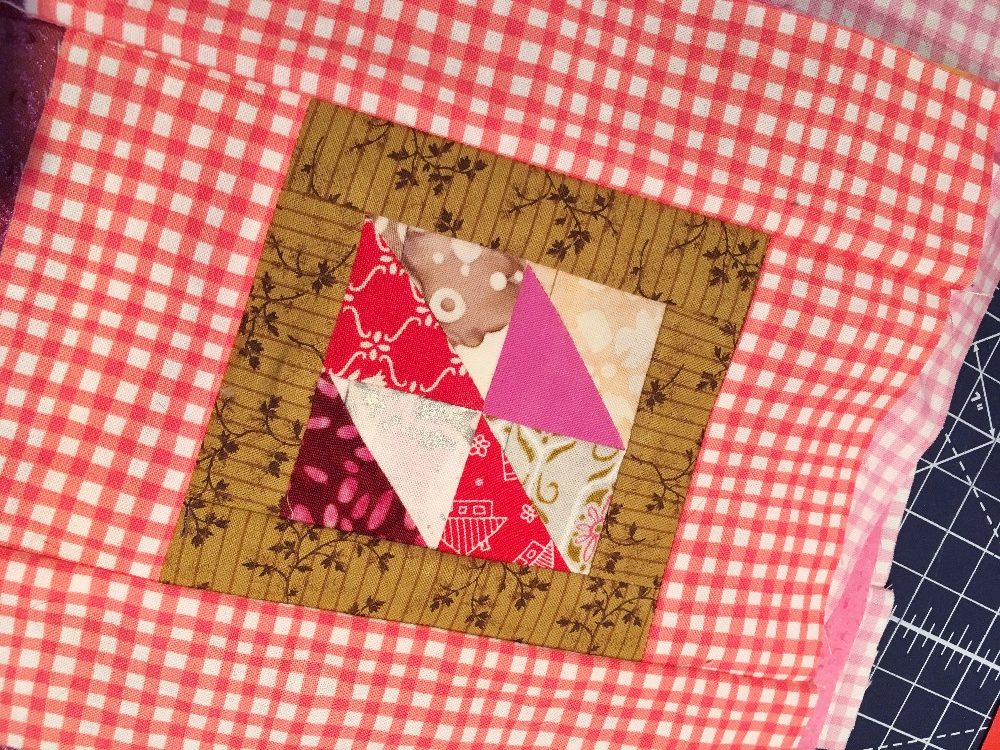 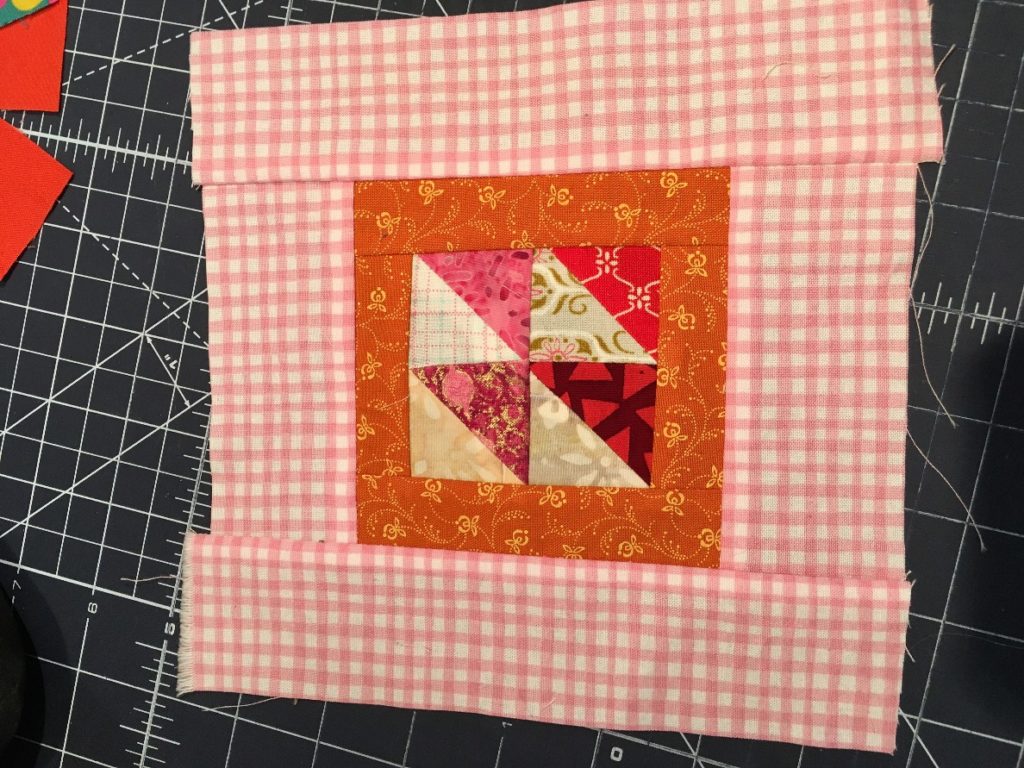 This block is one of four that has no gingham in it but, Wow! do I love this hand-dyed fabric in it!! 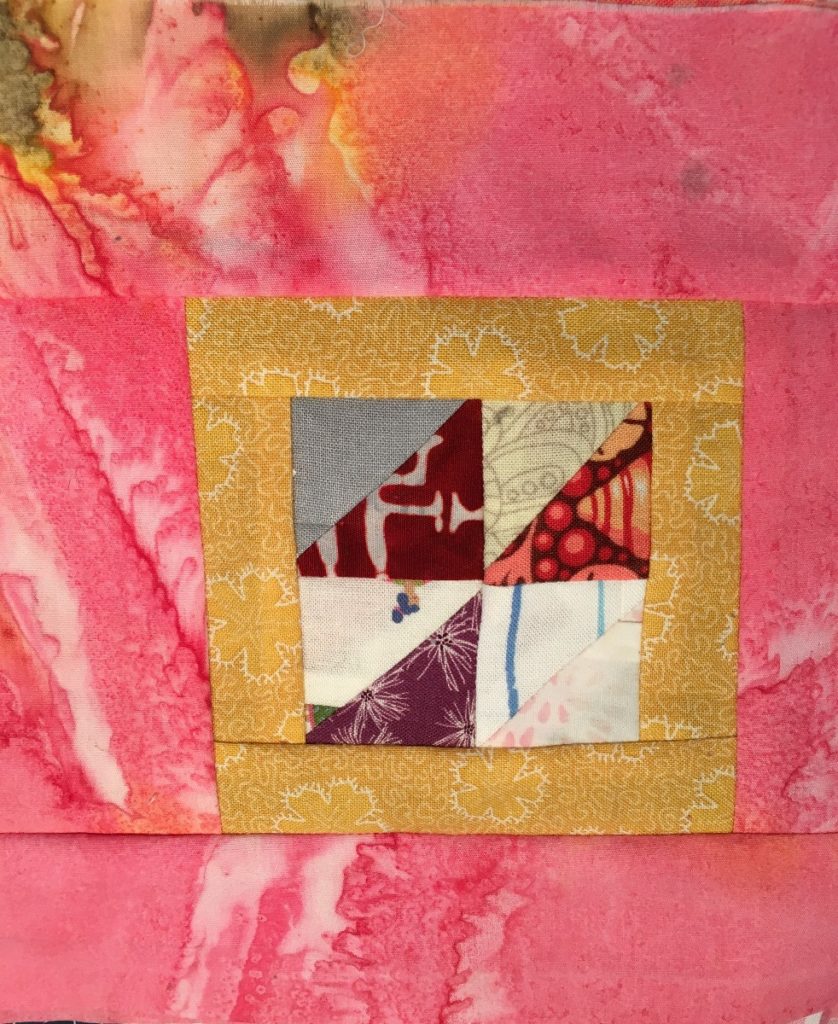 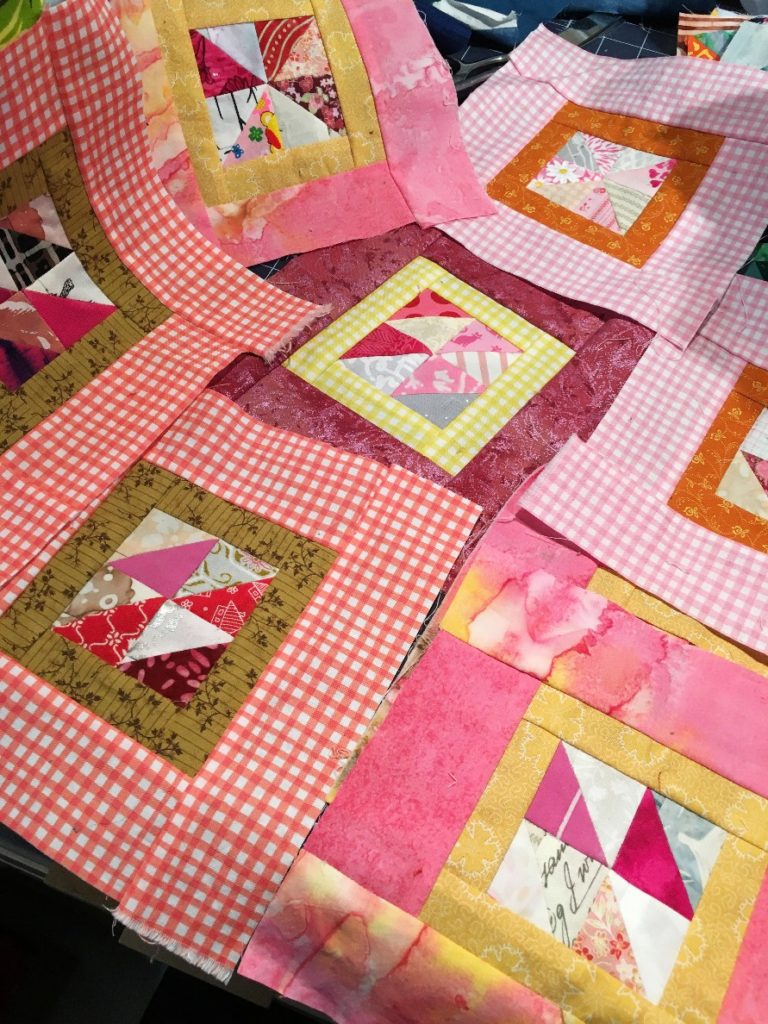 The twelve blocks will eventually go together something like this: 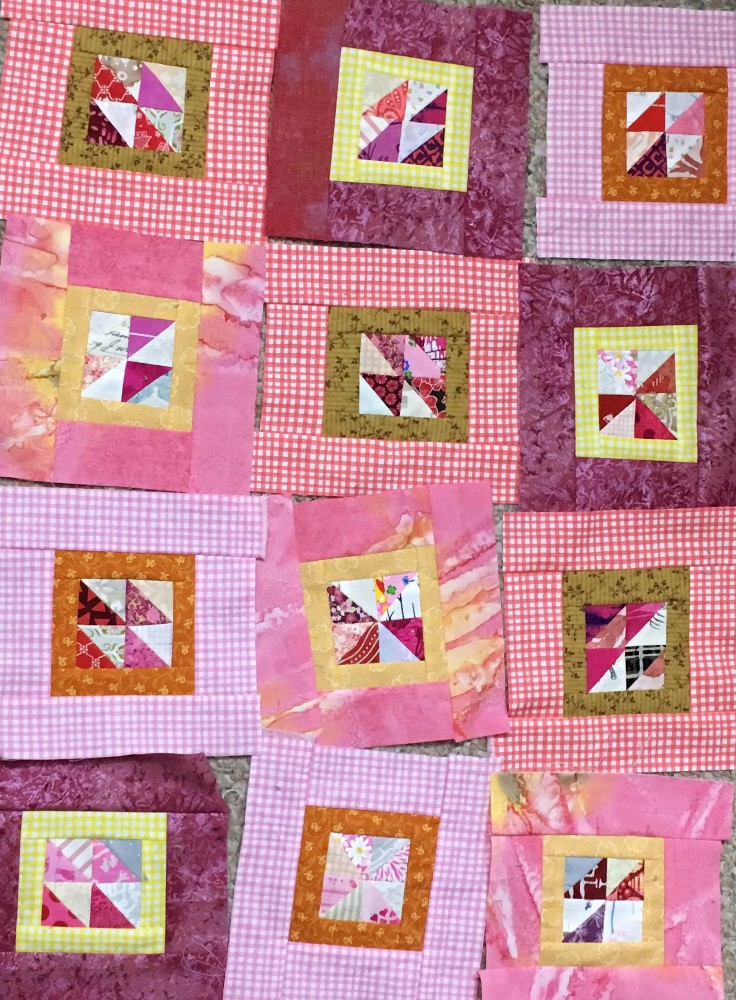 After I finish the Pink Lemonade top, I will start  to take some of these HST units and combine with Gingham Play and more Banyan Batiks. I have a LOT of these units – some will end up going into Journal Covers I think, but I want to make at least one small ‘doll’ quilt with them and the Ginghams to round out this little mini series. 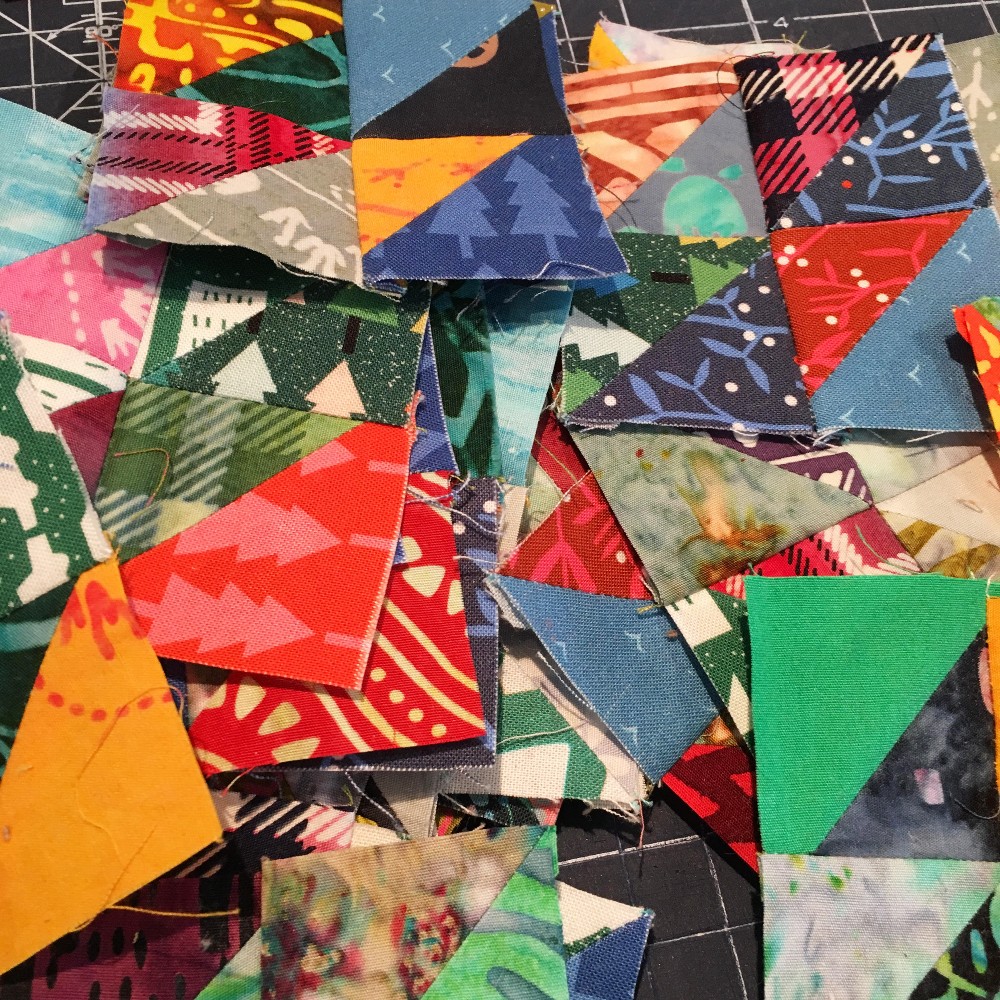 That’s it for today peeps,

Have fun, stay safe, and as always,