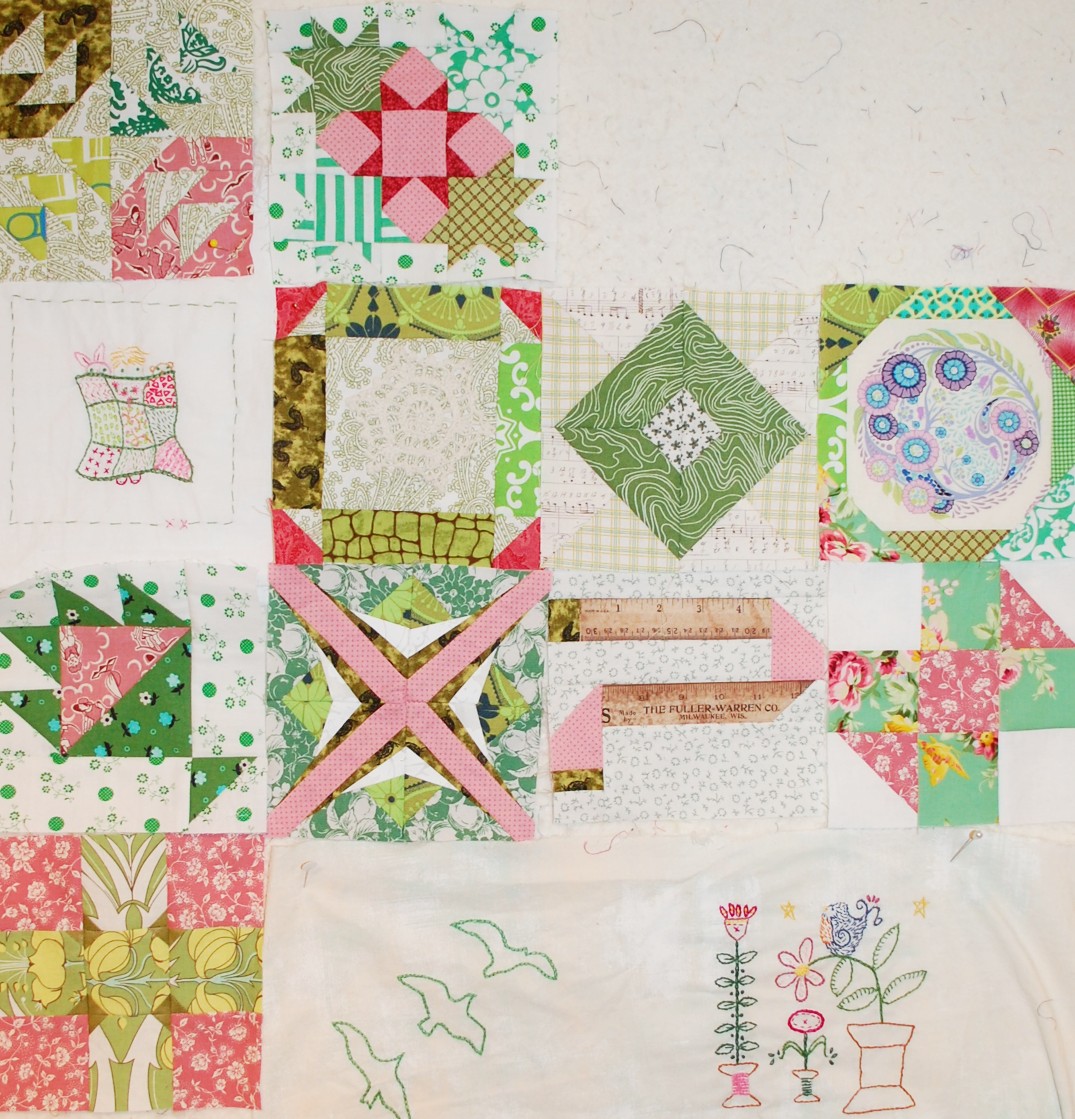 in quilting, The Splendid Sampler
3 Comments

Alrighty then, Here’s an attempt at catching you up on the Splendid Sampler blocks I have already done.

I had these actually all done in April or March of this year I think. I just let other posts and life and yardwork and other “stuff” get in the way.

Not a complete catch up by any means, but the beginning…Hope to be caught up by Christmas. We’ll see.

The blocks below are the Splendid Sampler blocks up to April 28th – plus one for July 14th and one for September 22nd.

Note: if there were more applique ones before April 28th, and if they aren’t embroidered below, then they aren’t done yet and may not get done. At least not yet. 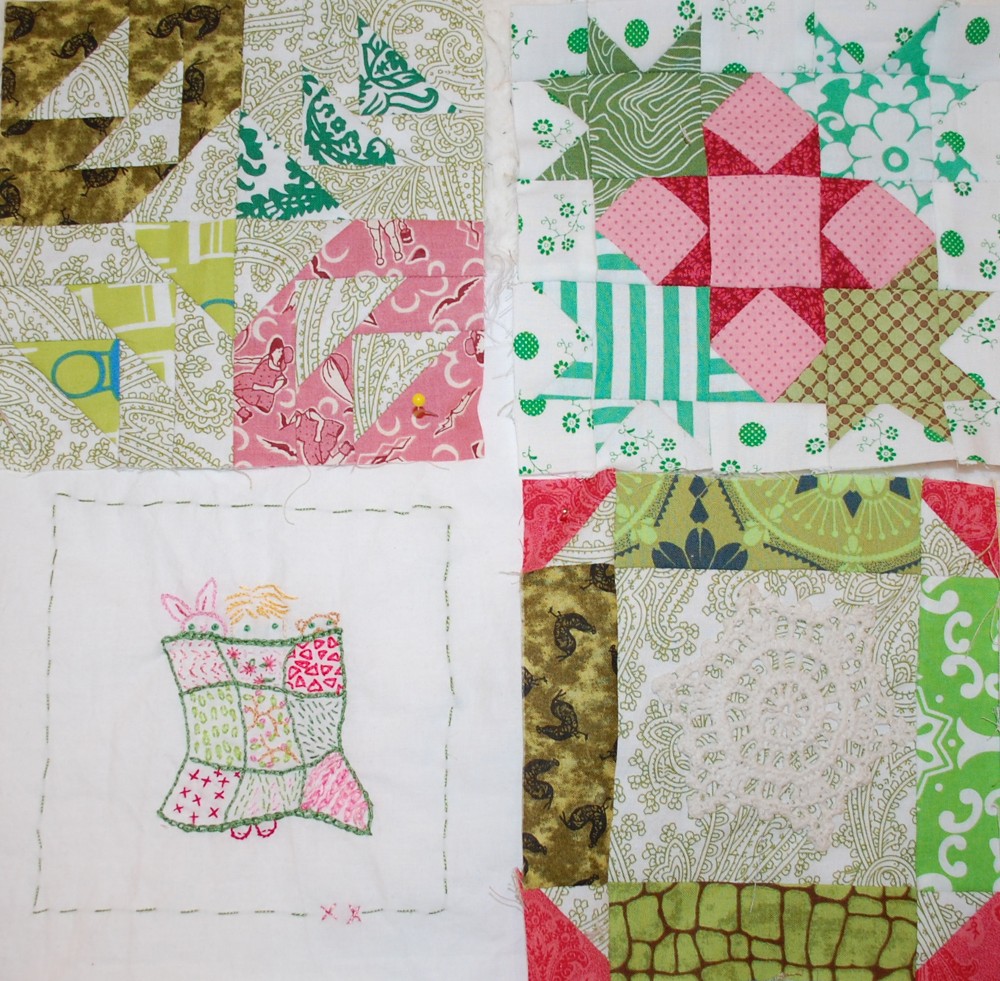 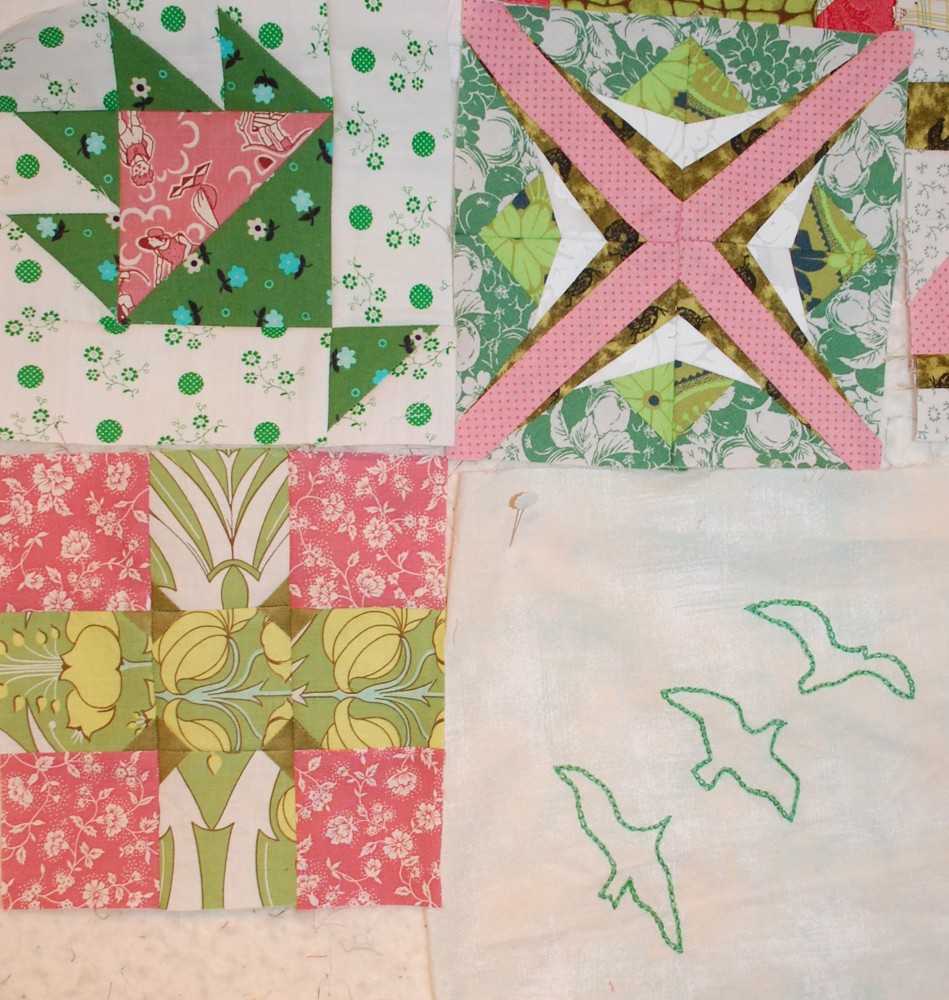 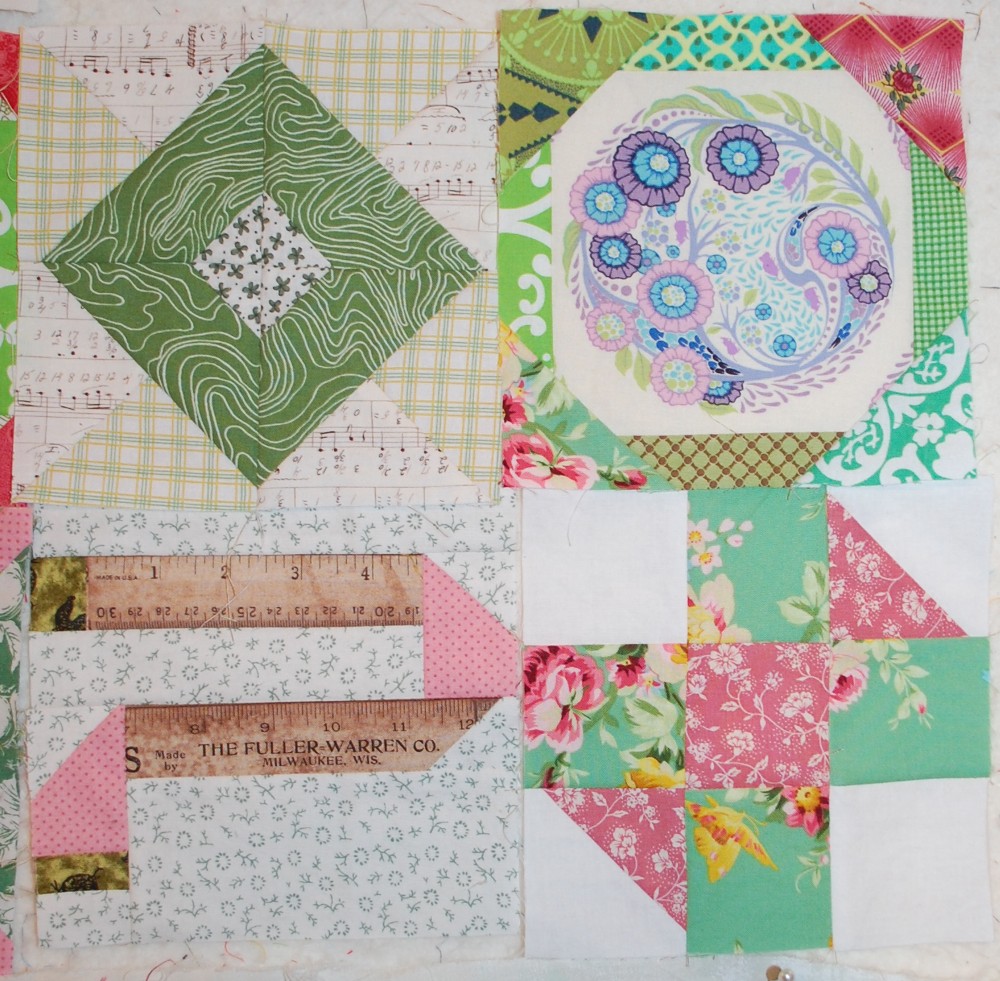 I probably got too close to the block in the photo of the below stitchery. It looks a little better far away!! 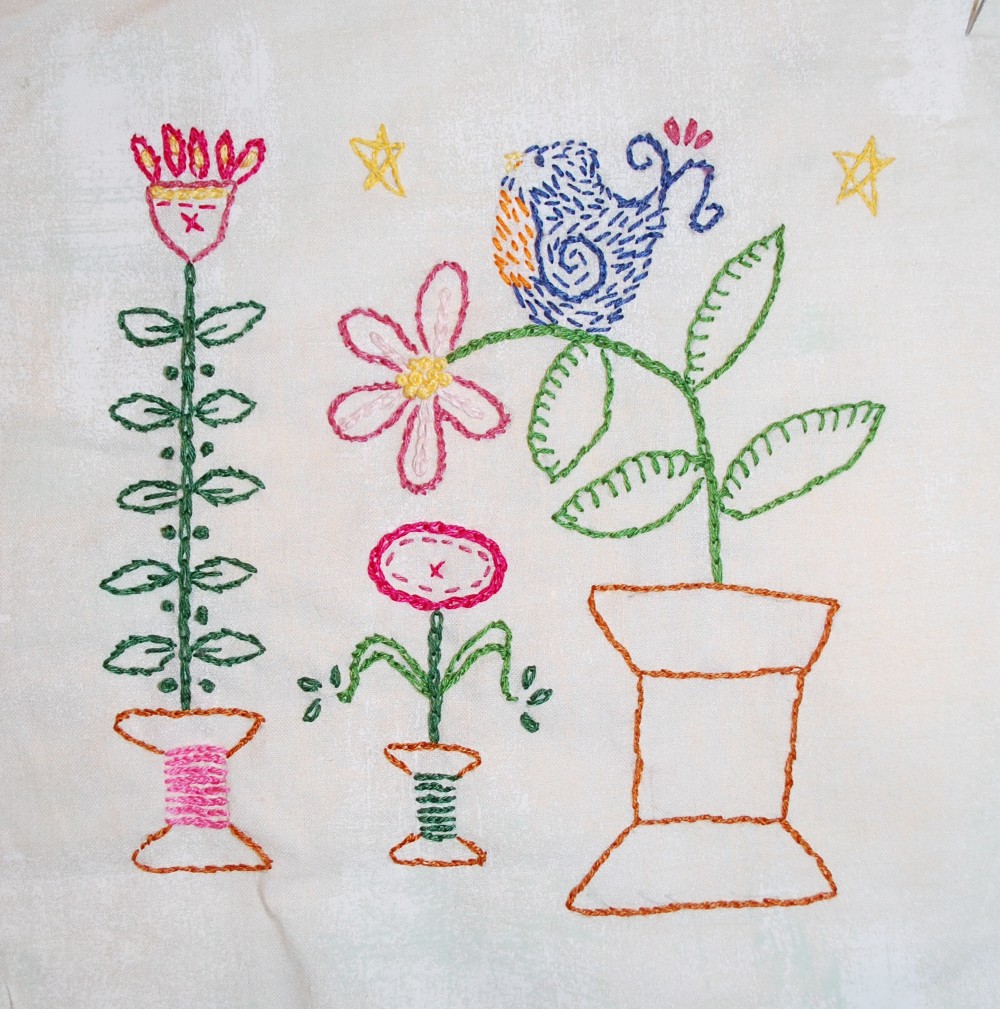 I am sure you will see that there are plenty of Cheating effects done in more than one of the blocks above.

But they are true to the original designs for the most part.

That’s it for today.  THIS coming Sunday is MY BLOCK! So I am pretty excited to show you that one too!!
Keep Sewing, Keep Happy,