I’m exhausted. I have spent most of today editing and loading pictures for 20 upcoming posts. TWENTY! I actually had some ancient post drafts sitting in the blog as well that I just said “Yeah, these aren’t going to happen anymore” and I trashed them. But I have high hopes for the future posts that are laid out for the next two months. (There are actually more that need to be made, but these were a bunch of back logged planned posts. You know me – King of trying to Catch Up. It’s a new year – I am hoping that I can!)

SO today’s post is all about another round in the Round Robin group I am in with those six other guys I have mentioned before.

Here is John‘s center for the #NGAQB2  surrounded by Molli‘s and Nicholas‘s borders. 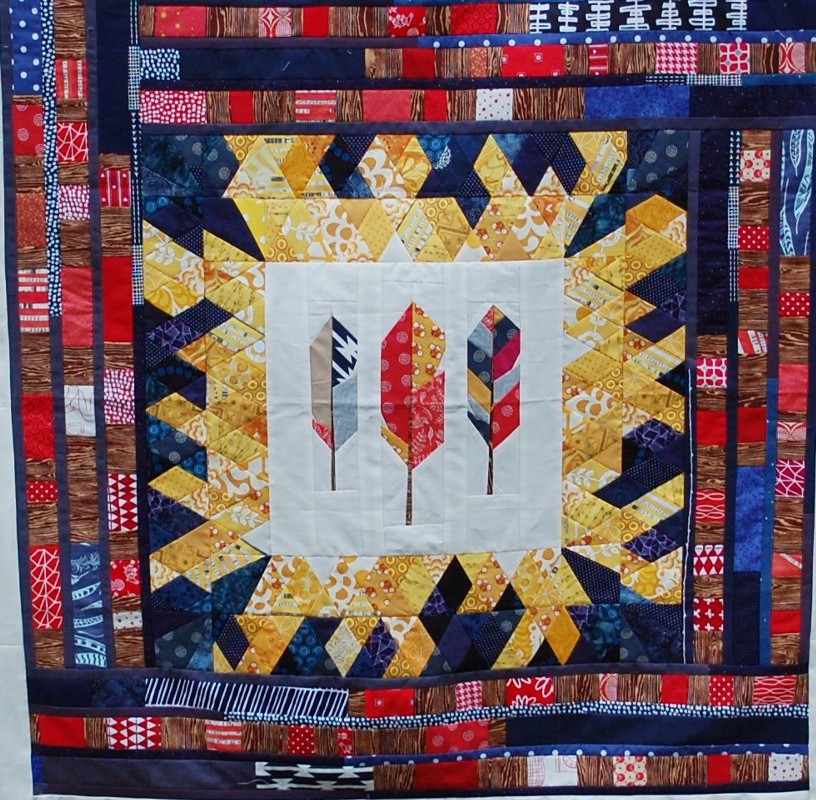 Pretty Incredible start, huh? Well, luckily John sent a few foundation papers for the feathers that were designed by the uber talented Christina! (get yourself the pattern for these feathers from her! They are SO FUN!)  I thought that he needed some more.

They were a lot of work, but I felt the three in the middle just couldn’t be left alone. They needed extended family.  So I made ten. Yes, I am crazy.

And I set them in two sets of five like this:

John had said months ago that he wanted some of my Painted Forest Trees. At least that’s what I thought he said. But those trees are only 24″ tall or so. And if I was going to make trees for this quilt, that wouldn’t work too well. So I went BIG – I adapted the concepts from my pattern to create two Tall Trees in pots for more height.

I managed to get you a few process pictures. Not the best lighting, my apologies! 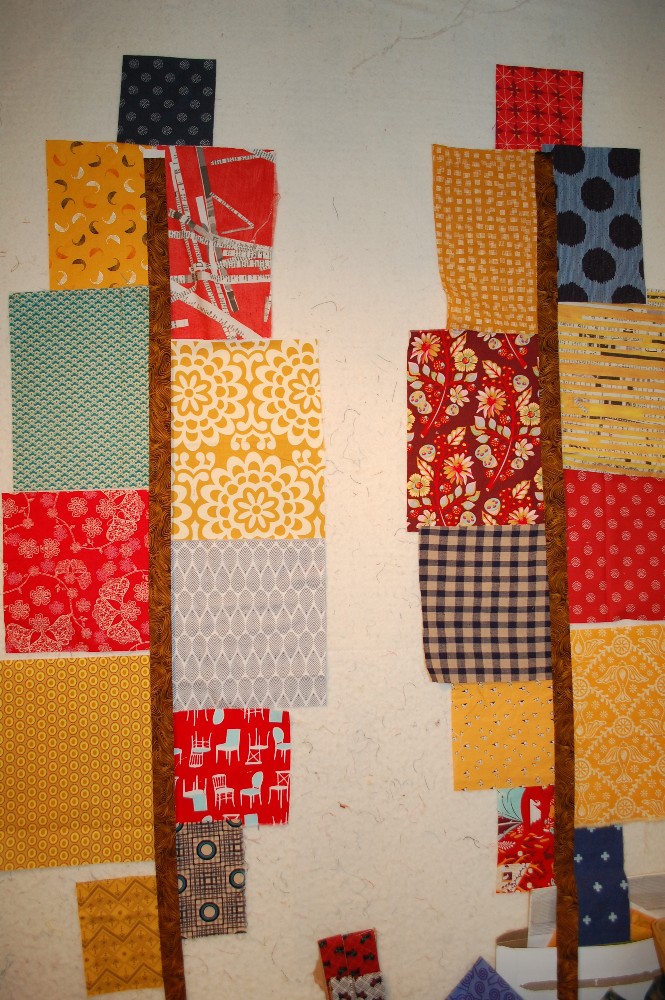 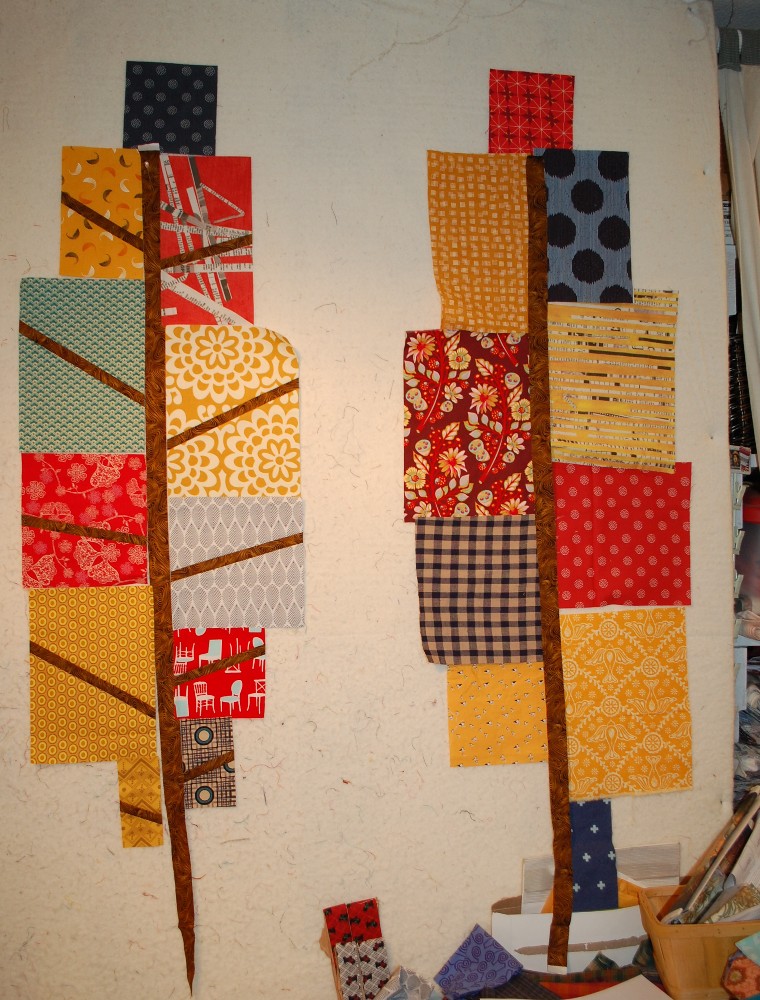 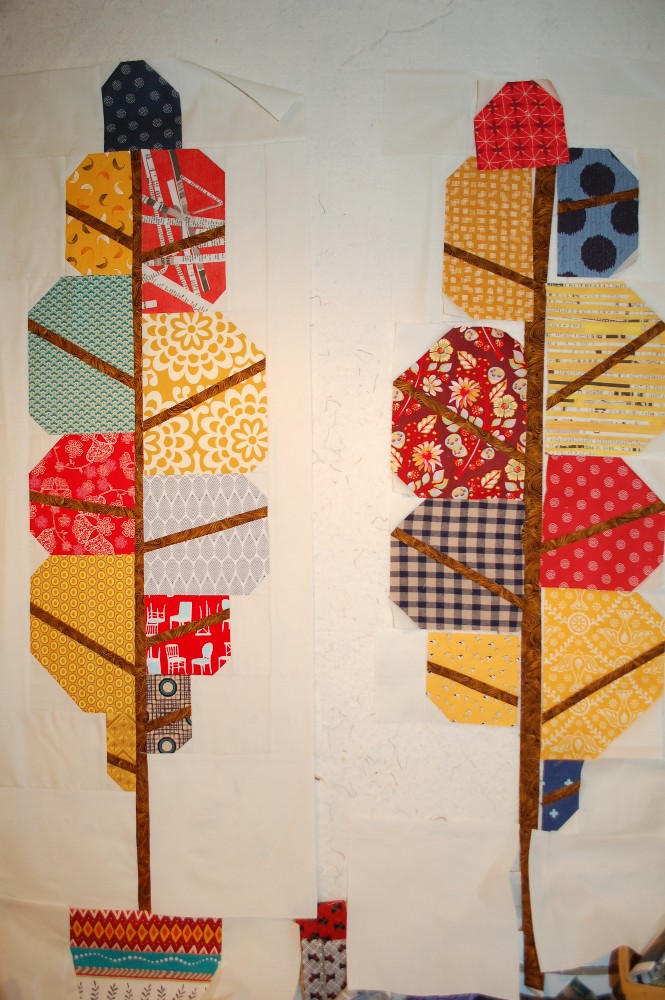 And here they are all together. Plenty of negative space for super impressive quilting. Maybe some feather quilting? 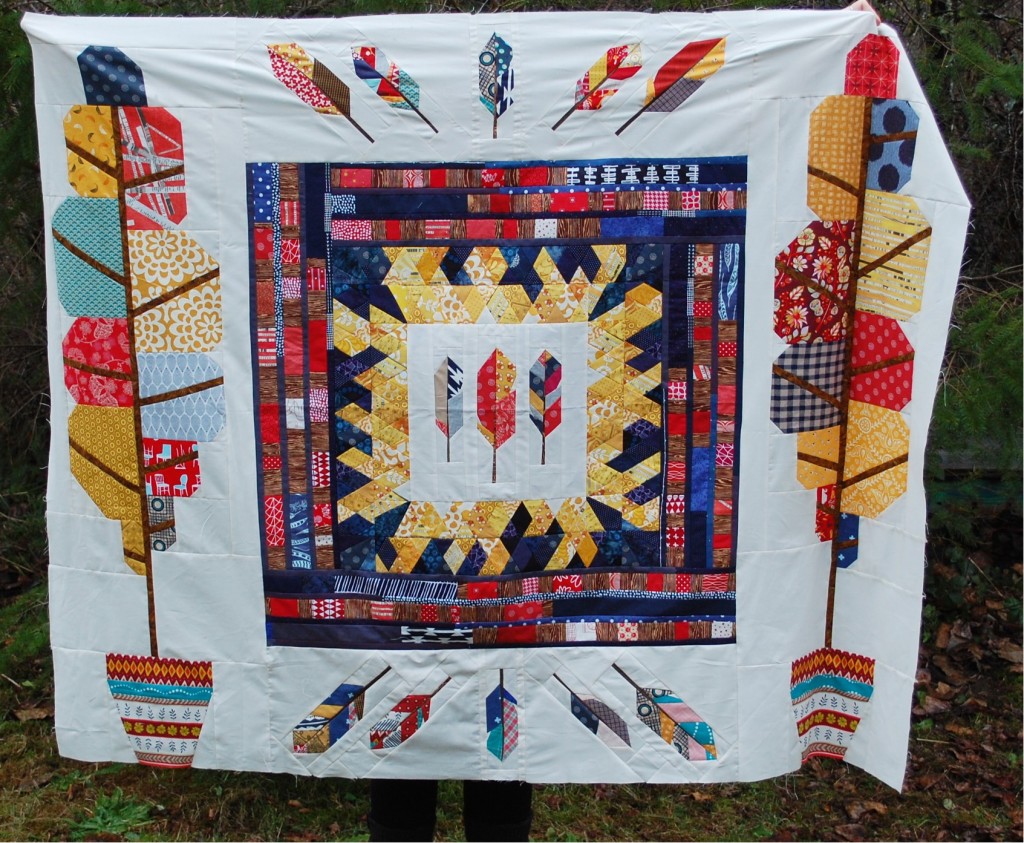 Now this quilt goes to David. I think I just made a lot of work for him. What do you think?

That’s it for today. Only 19 more posts to go. (just kidding there are actually more, but I am working baby steps here. Many, many baby steps.)