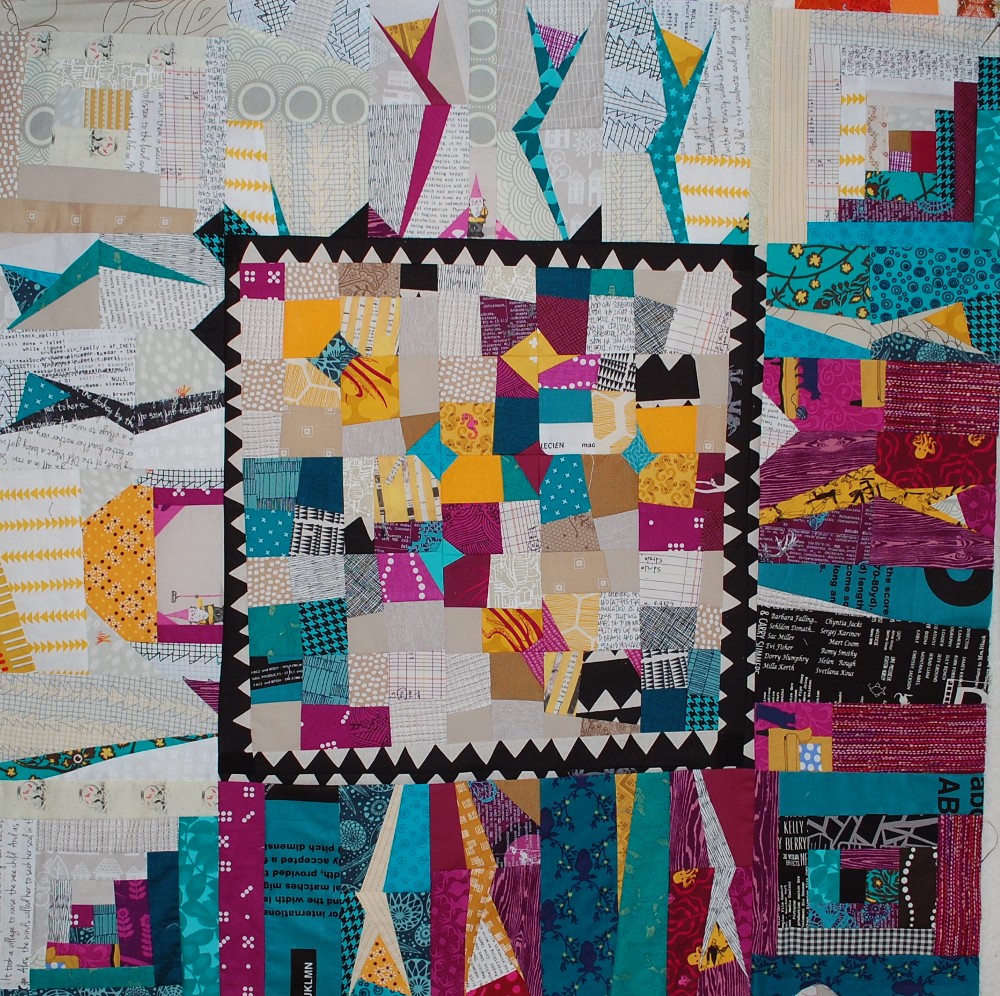 I have been planning on posting this one since December, and here it is January 15th already? Will I be too much of an old geezer to say “where has 2016 gone?”

How about a NON giveaway post for a change?  I was reading somewhere online that someone was tired of reading blogs because they were just giveaways and product reviews.  And I do a lot of those types of posts; I don’t want you to be bored.

Here’s the first of a new series of the #NGAQB quilt project – #NGAQB2 to be exact. If you have been following me on Instagram you have seen me posting there about some of my process shots as Molli, David, John, Guicy, Christopher, Nicholas, and I play a Round Robin version of a Quilting Bee.  Let’s see, I think we started this in August. And I am just now getting this posted to you. If you follow me on Instagram, then you already have seen this.  I have been done with my part of this for quite awhile now. It has been to Ohio and is currently in New York I think, although it may have moved on to North Carolina by now.

This bee has been organized as a “Round Robin” so we each made a center block and then our center block travels to the next dude on the list and as we get them, we each add a border. Below you can see Nick’s center block in the black sawtooth edge. I actually added the sawtooth border on the right and the bottom to make diamonds out of the triangles on those two sides. I didn’t get a photo of his center before I started working on it! 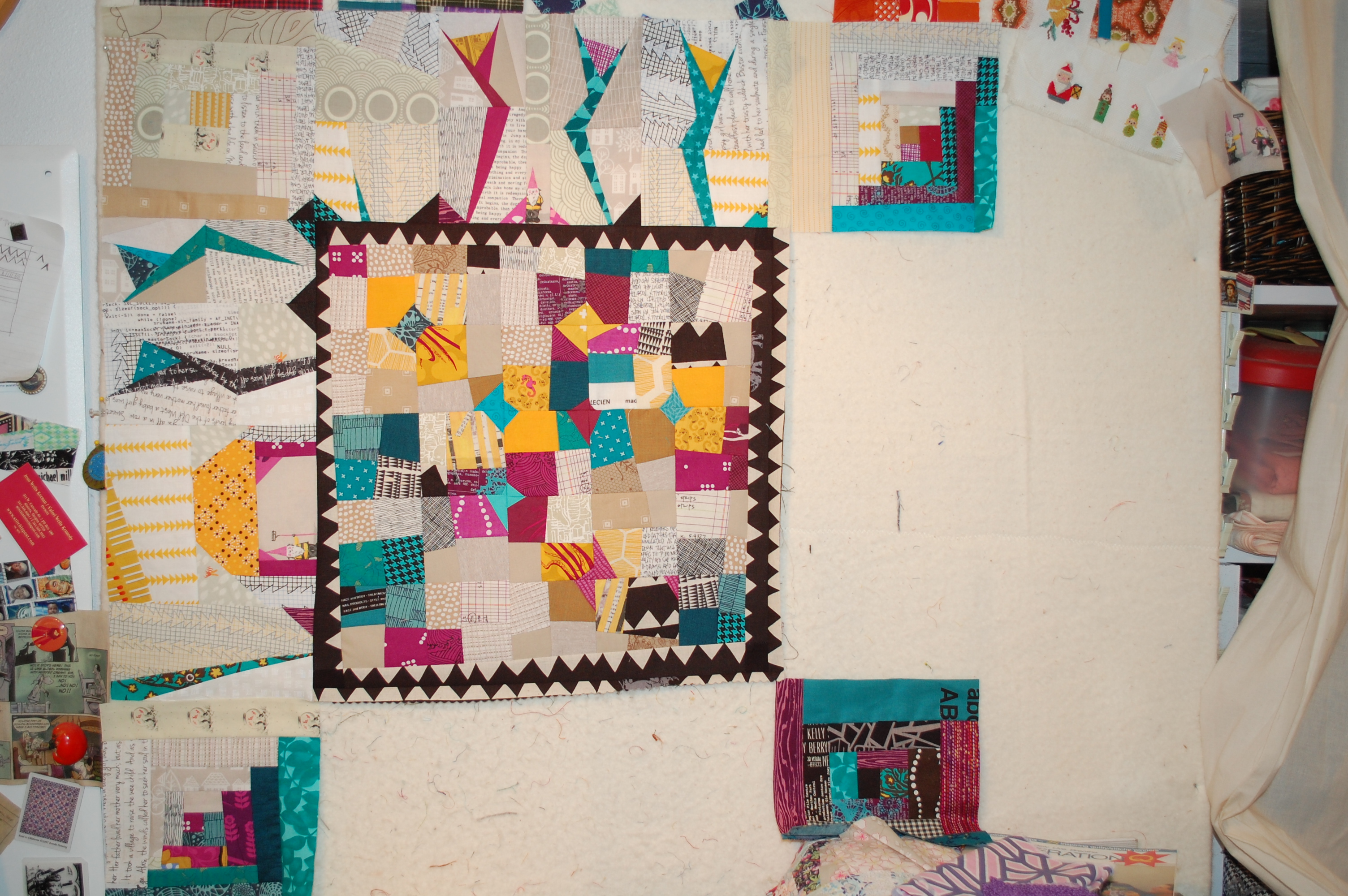 I really, really wasn’t sure what I would do with this. I felt nervous being the first round on it — seemed like a big “responsibility.”  First thing to do was getting fabrics together. I really didn’t think that I had much in the colors that Nick started with, but I managed to find some. Each of us sent fabric with the project, but we were all going to add from our stashes as well. 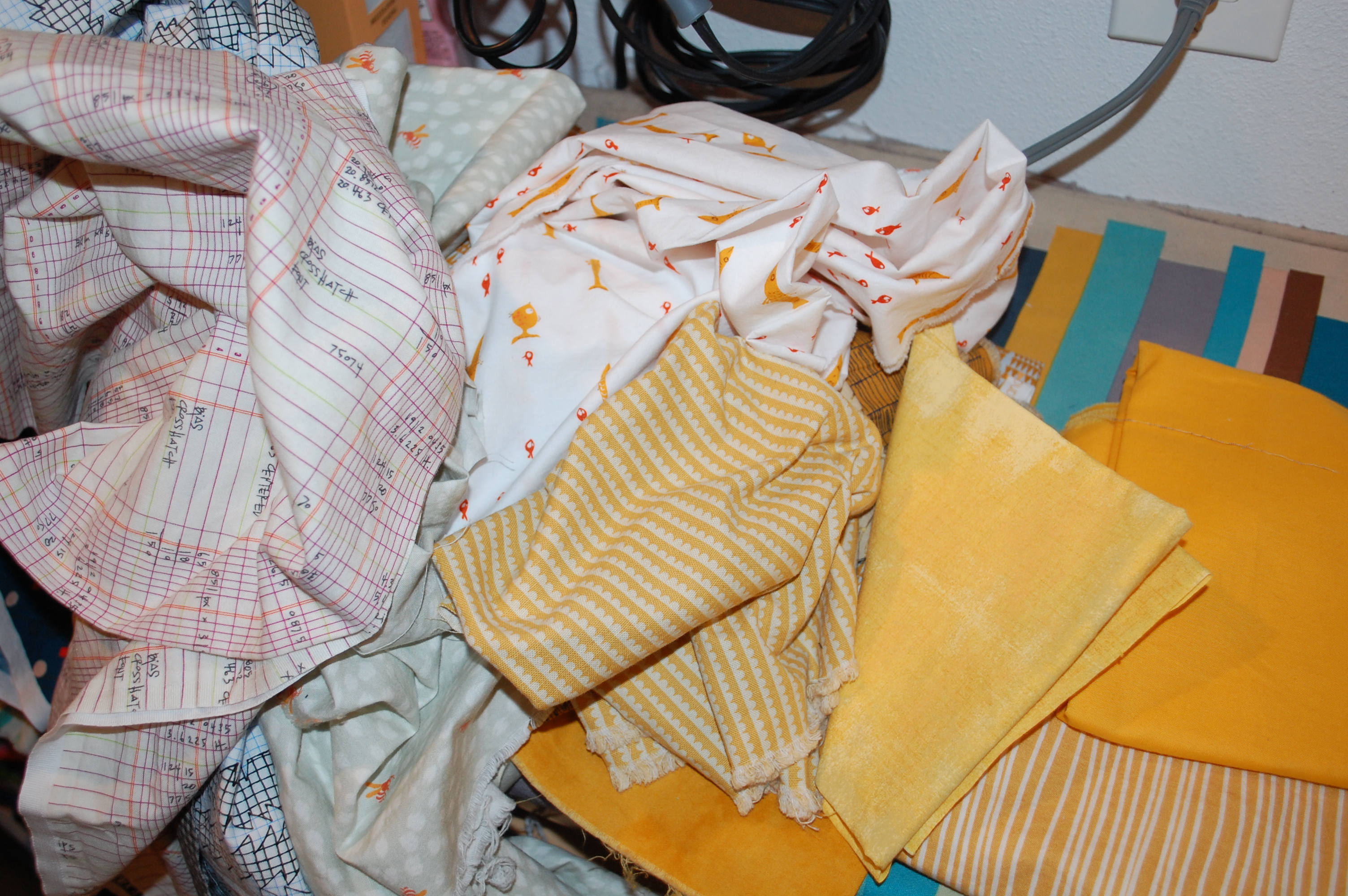 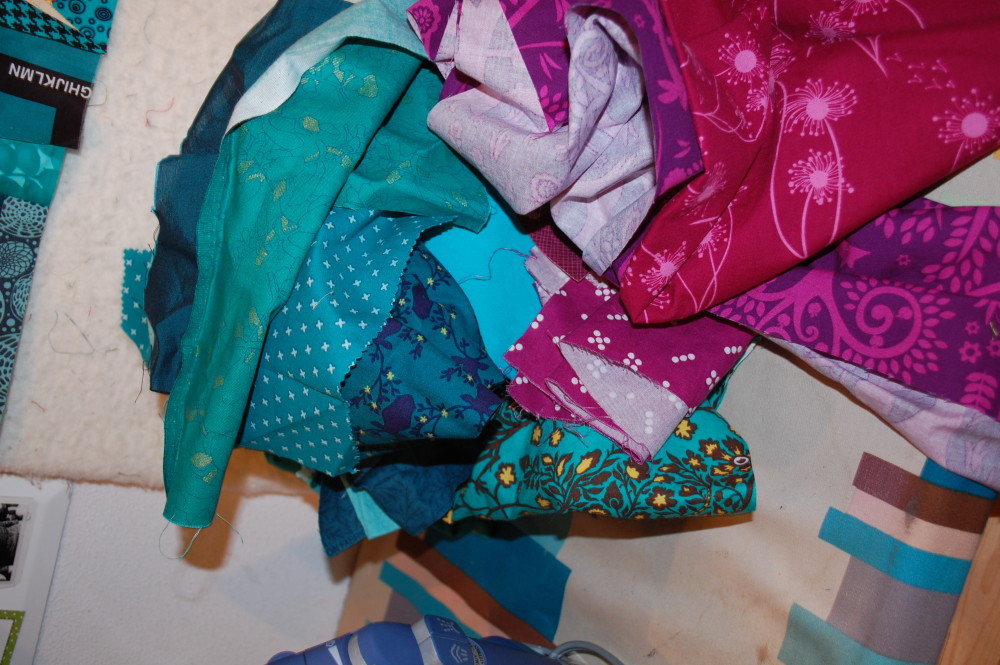 But still I wasn’t sure what I would do. I wanted somthing that would match the jaggedness of the center. I sketched this below – but still was a bit hesitant.  I made a few of the “flowers” and then sent Nick a photo. He said that he liked them – so I decided to go for it. 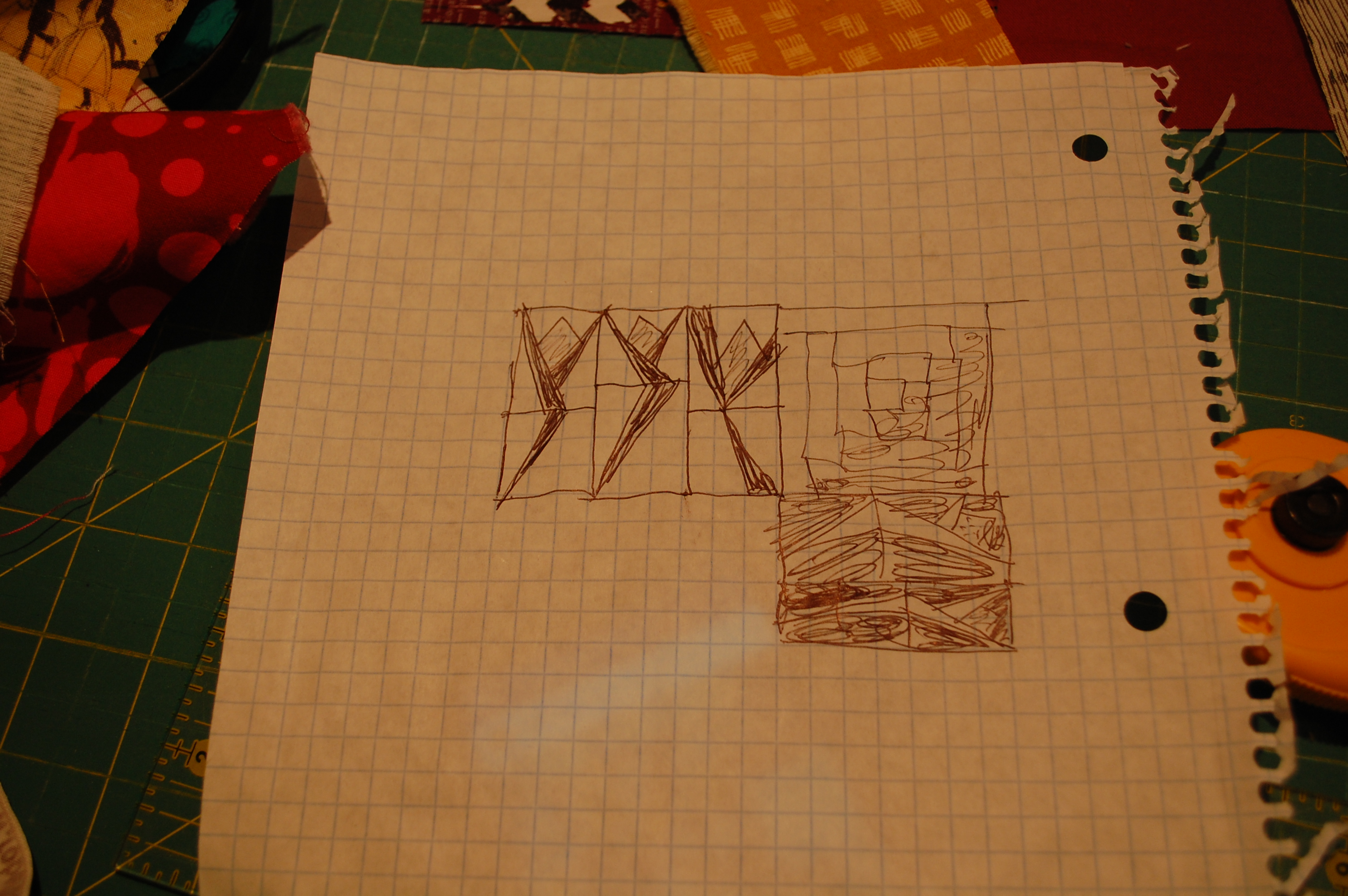 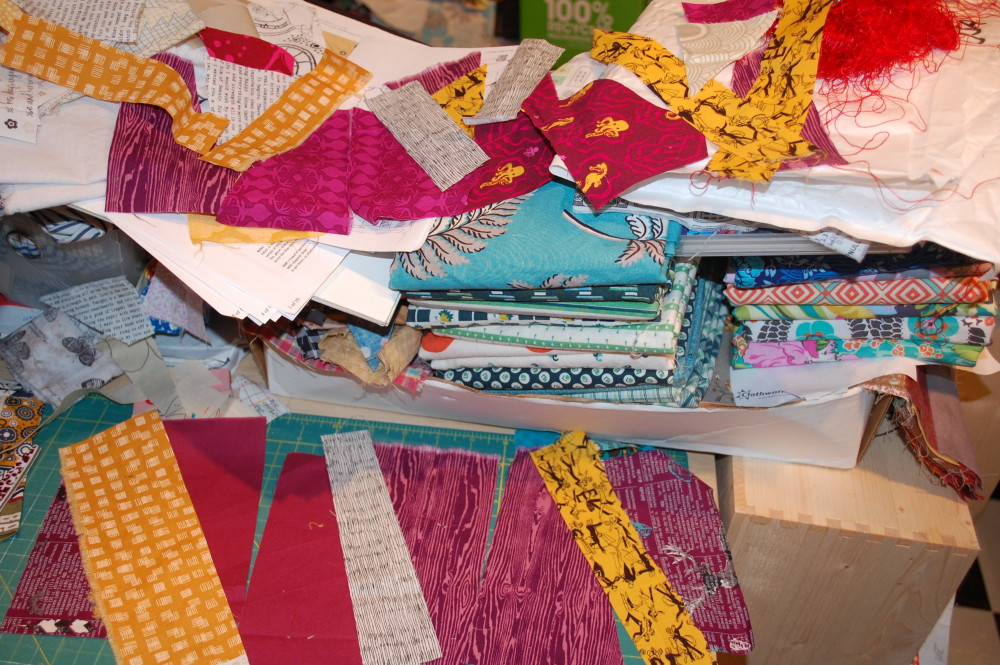 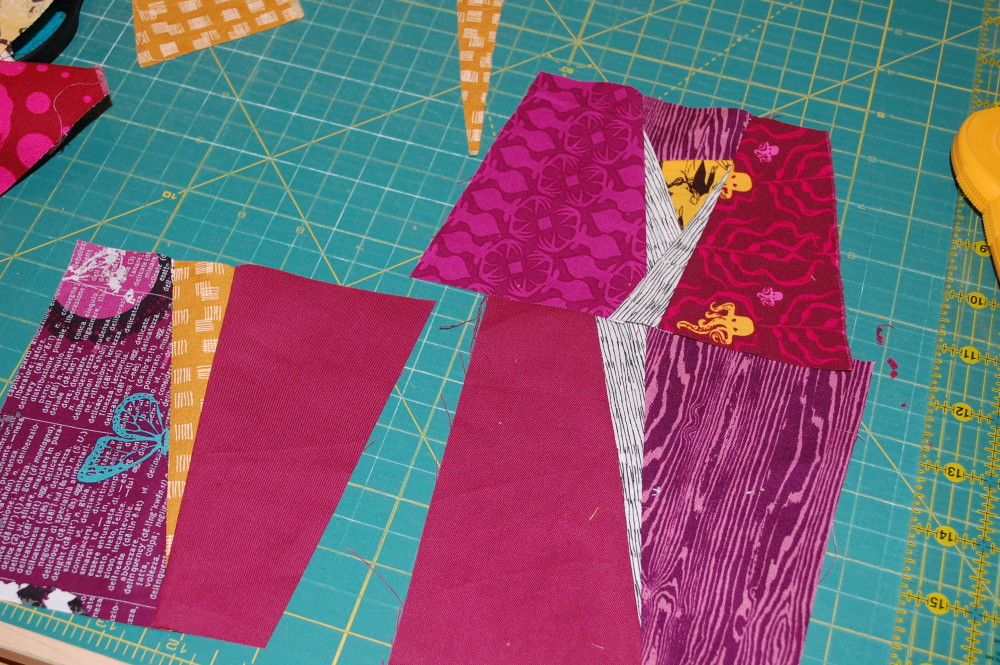 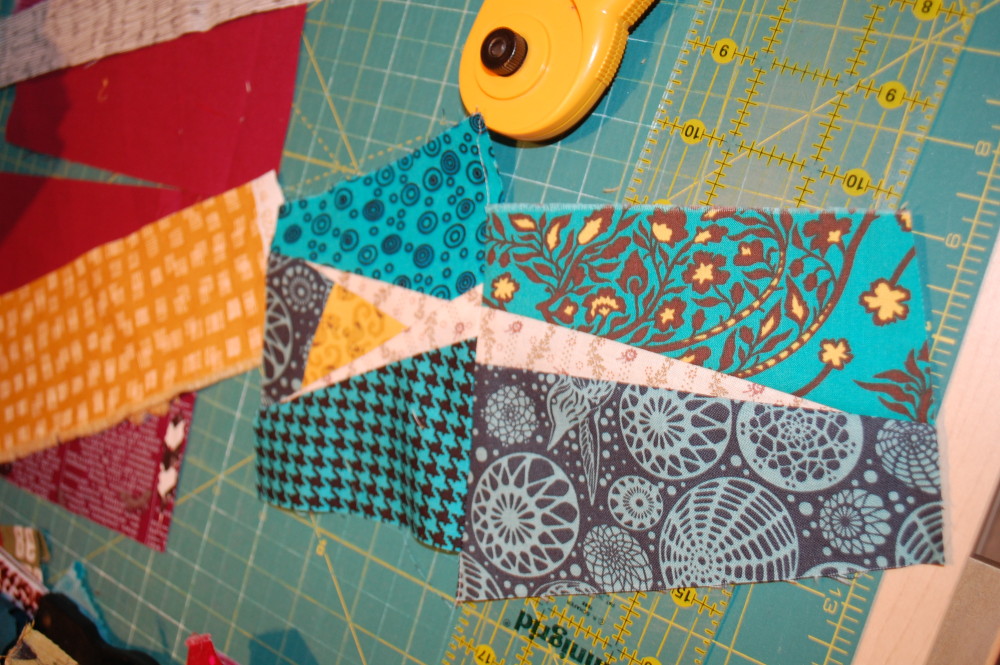 I came up with this Yin Yang concept of light and dark on half of the borders,  mostly because that is what I wanted to do in the log cabins in the corners. I haven’t really done this much improv work in a while. It was very fun and refreshing from what I normally do when I am working on producing patterns. 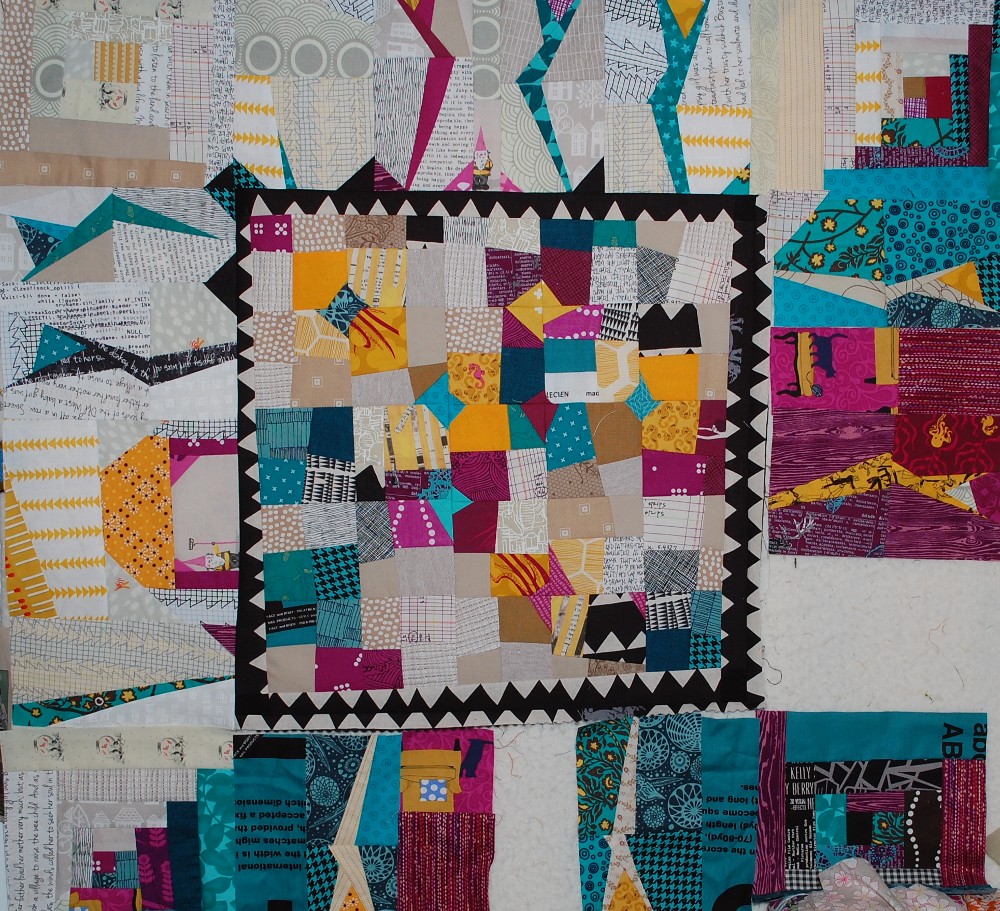 Here’s my final result. David, Chris, and Guicy have already done their bits to it. It should be with John soon I believe. You can follow the progress of all of the quilts on Instagram by searching #ngaqb2 .

That’s it for now. I have to go work on my household bills now (Joy! Ugh!)  and then some more posts for you! I have a lot of things to tell you, but I should probably go make sure I have power and food and a dry place to do that in first. And maybe take a nap by the fire – It’s been that kind of day already.