It was the best of times and the worst of times……for anyone involved in helping get the “world” ready for Quilt Market, you know how that applies to quilting in October….that or it just shows my love of  Dickens and trying to force that same love upon you!  (oh, and yes this is another LATE post!)

The following two quilts are an example of how things don’t always seem to work out, but in the long run they end up just fine….

At first I was asked to do a quilt for Annette Tatum’s new line Mod, so I received the fabrics and came up with this…. 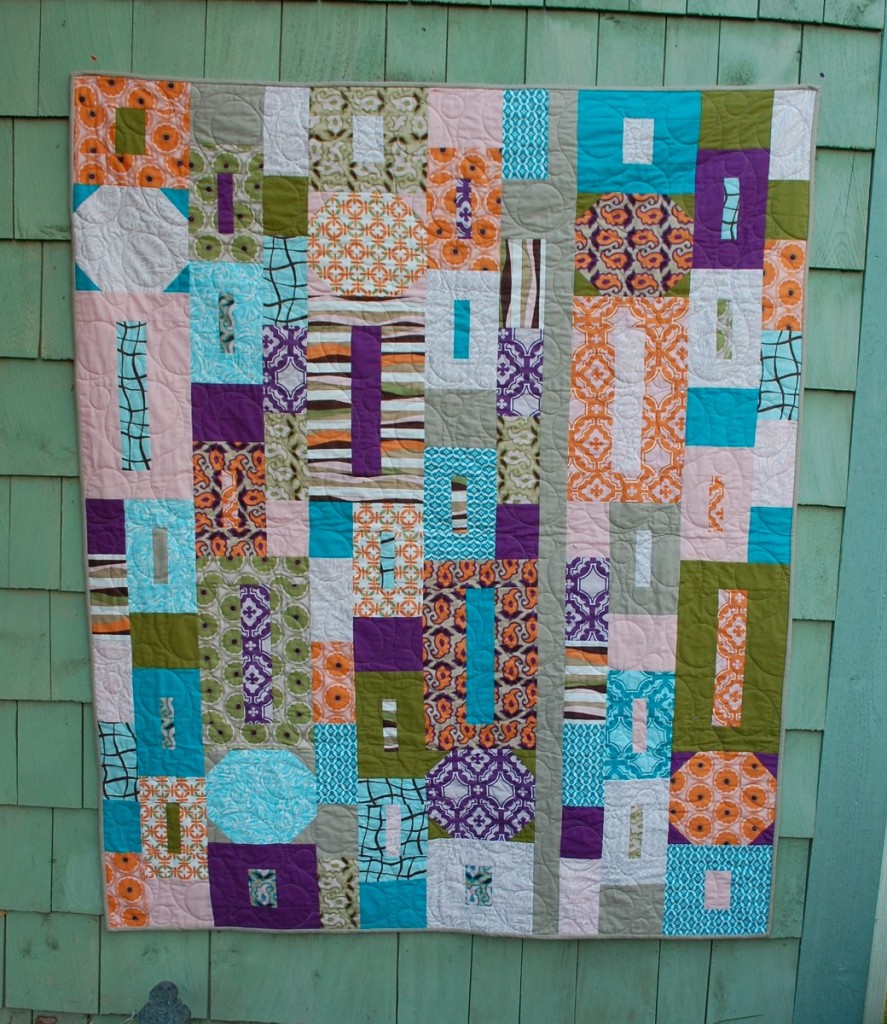 Which a lot of people loved, but it wasn’t quite what they were looking for….

It was my first attempt at working with solids and prints together.

I think it came out rather nice though, and was very disappointed that they didn’t want it….but they did end up just buying it and they will be auctioning it off sometime in the future….so you could win it someday!   I will let you know when I know…..you know?

BUT, since I had the pattern started, Free Spirit asked me to reinterpret it in another new line Darjeeling by Rosanna Bowles (who by the way is a Seattleite as well)  So you get to see this quilt done two different ways! 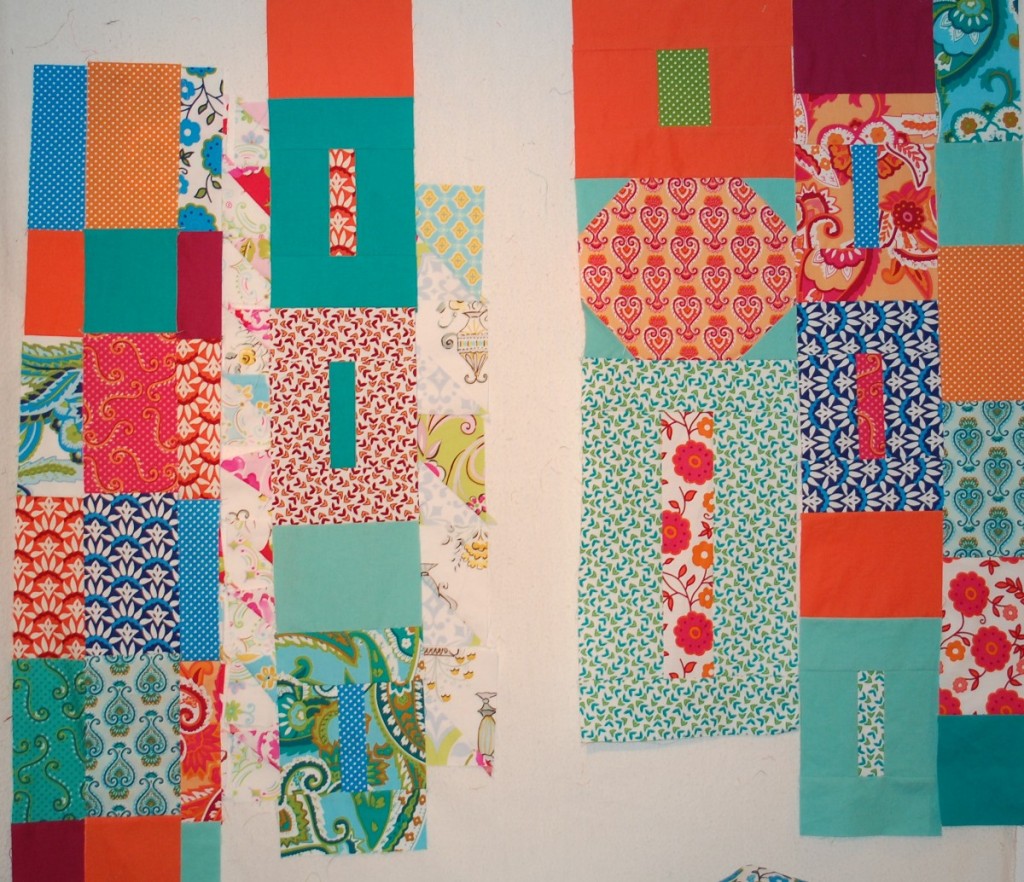 I am so hoping that you will like this pattern and make it in YOUR look, and then share the pics with all the world here!

It is an easy pattern, and it embraces the Mod Movement in quilting that so quilters are going GaGa for!!

Oh, and before I forget….please go over here to check out what you can do to help the folks “down under” who have been under WAY too much lately!!

That’s it for now….I have a ton to do tonite yet…